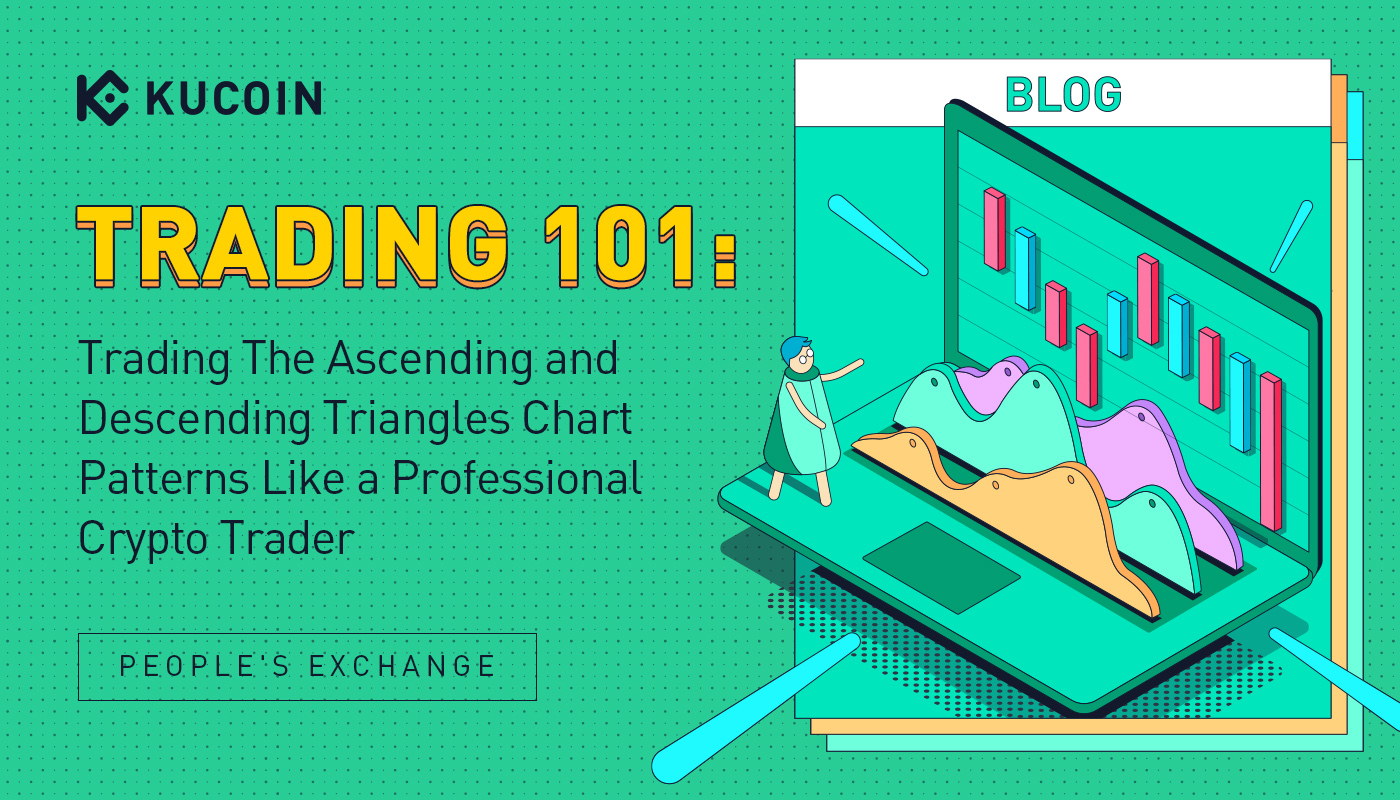 Breakout trading strategies have been the holy grail, especially in a market as volatile as the crypto market. Typically, the market experiences sudden and massive bull or bearish runs, and for traders, catching a trend while it begins is invaluable. This is exactly what the ascending and descending triangles help achieve.

Typically, the volume should decrease as the triangle chart pattern forms, and it should increase when a breakout occurs.

What is an Ascending Triangle?

From this pattern, the bullish significance of the formation can already be derived, as the higher lows show an increasing buying pressure or a decreasing selling pressure. Therefore, each downward price movement is shorter because the sellers are not strong enough to push the price further.

How to Trade the Ascending Triangle?

An "Ascending Triangle" is a bullish chart pattern. It shows the market in the phase of a pause during an uptrend. However, the rising swing lows are bullish clues. Keep in mind that the highs of the ascending triangle form a resistance level.

Buy in an uptrend at a breakout above an ascending triangle or a symmetrical triangle. Here's how to open a long trade:

When the price breaches the resistance level, it becomes the support level. The long positions have a good support zone under them immediately after the breakout; this would be the best point to set up a stop loss. 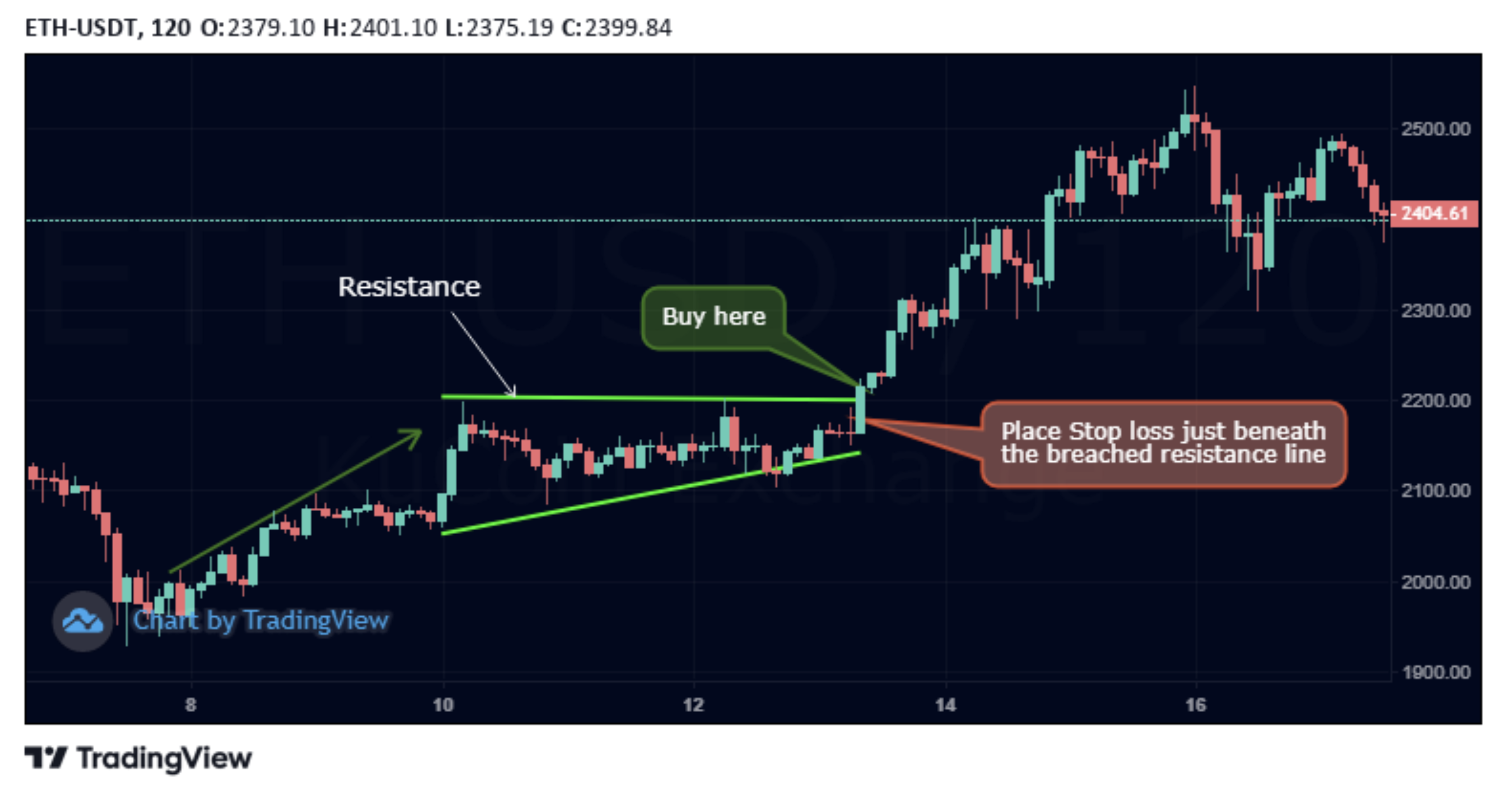 Formation of Ascending Triangle on the Ethereum Price Chart on KuCoin | Source: ETH/USDT

However, since the resistance can be strong, it is imperative to pay attention to the sustainability of the outbreak movement. High trading volume and buyers' dominance up to the closing price show that most market participants are bullish. With the breakout, the continuation of the upward trend also takes place, which is confirmed again by the formation of a new high.

If you want to trade the upward triangle, you can either place a buy stop directly above the resistance or wait for the breakout to enter via buy limit.

The latter will be placed in the region of the former resistance if the eruption has been sustainably confirmed. For this reason, an order is triggered only during a retest of the resistance. For the entry target, the triangle's height - from the lowest low of the pattern to the highs – is measured and then placed above the resistance. This ensures that you only go long when the breakout has been confirmed.

A possible stop-loss level is below the last trend low, as falling below it would mean the end of the uptrend.

What is a Descending Triangle?

This means that the sellers manage to push back the buyers earlier with each upward movement until finally the downward pressure is sufficient and a sustained breakout below the support of the lows succeeds. Again, the breakout of increased volume and (at least) a closing price below the last lows should be confirmed.

How to Trade the Descending Triangle?

Here's how to accurately identify this pattern: 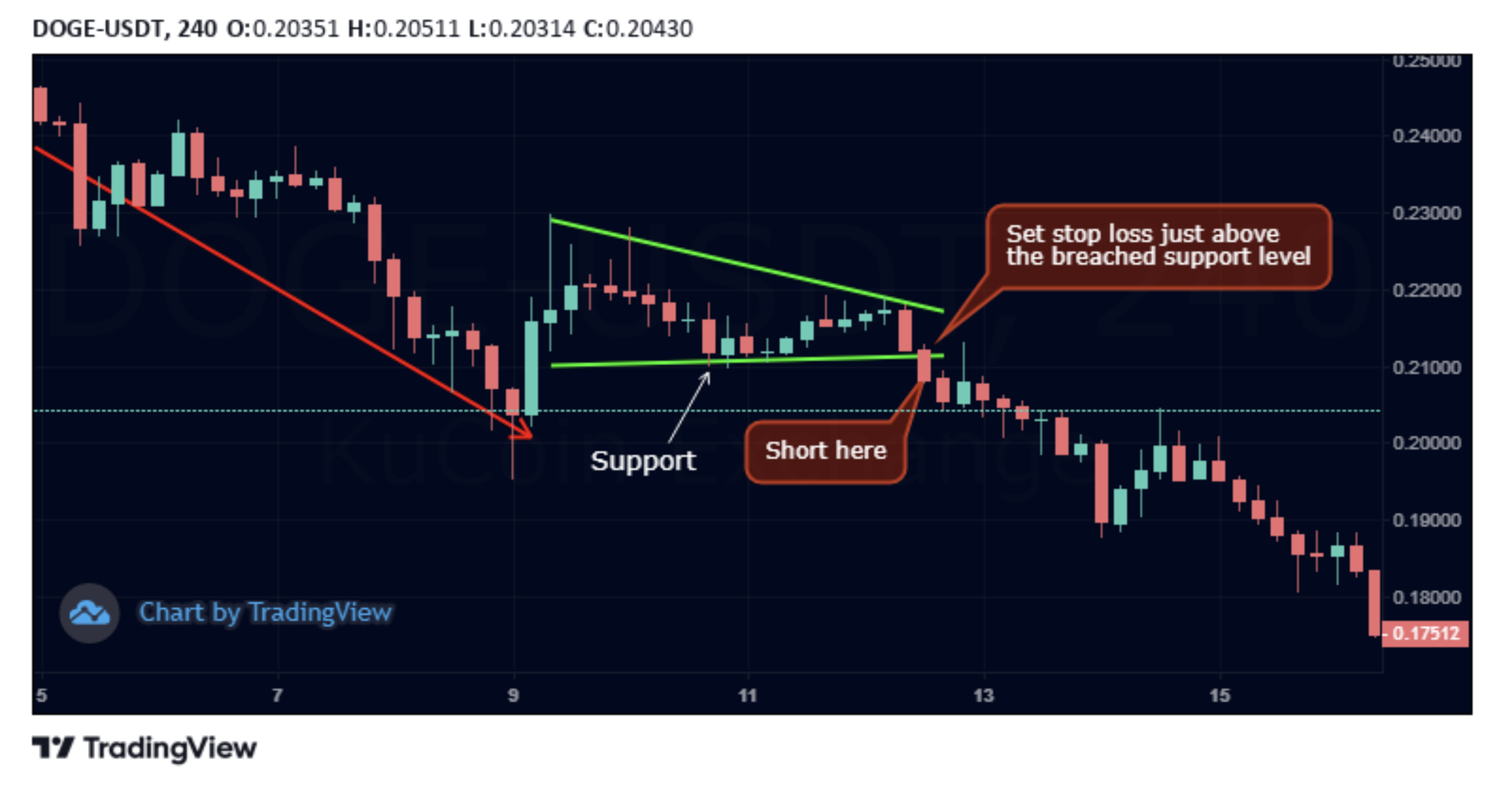 The stop loss can be set above the last trend high. If this level is removed, the trend would eventually turn upwards.

Did you know that KuCoin offers premium TradingView charts to all of its clients? With this, you can step up your technical analysis and easily identify various crypto chart patterns.