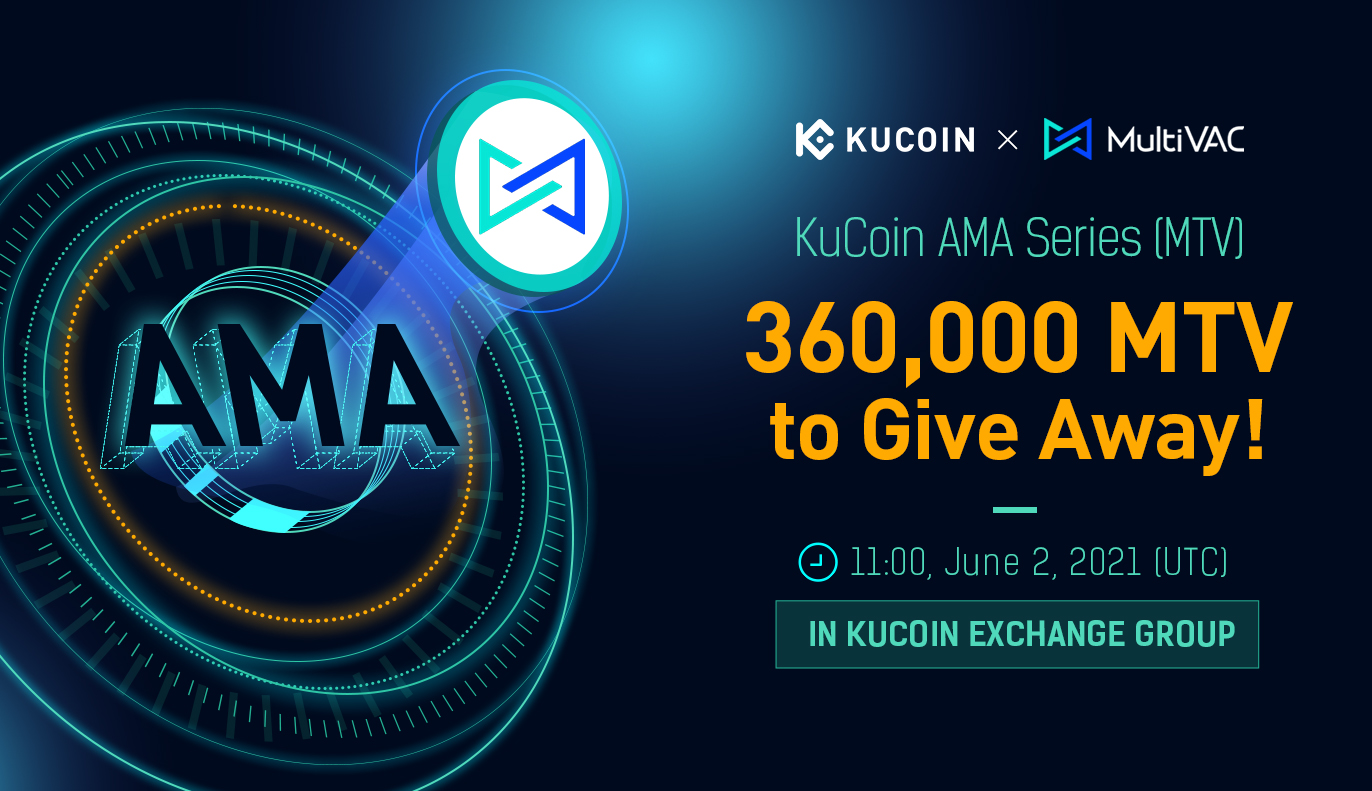 KuCoin hosted an AMA (Ask-Me-Anything) session with MultiVAC Co-Founder and CTO Shawn Ying in the KuCoin Exchange Group, where he shared about the project’s major milestone. MultiVAC will launch its mainnet on June 26. 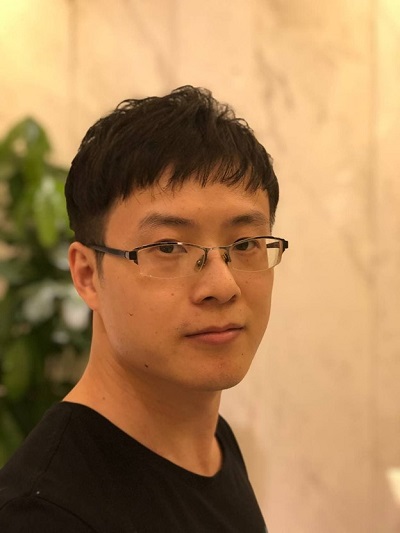 Shawn has a Ph.D. in Parallel Computing from Nanyang Technological University in Singapore.

Prior to joining MultiVAC, he was the youngest Associate Professor at Tianjin University through the Youth Thousand Talents Plan.

In 2018, he co-founded MultiVAC with his partners. At present, Shawn is responsible for technology R&D and innovation at MultiVAC, and is also responsible for part of the MultiVAC ecological construction.

Shawn: I am honored to be here again to have an AMA with everyone.

Q: Could you explain a little about MultiVAC and what makes it different from the other projects?

Q: Could you please provide some info about your mainnet and how MultiVAC is progressing so far?

Shawn: The MultiVAC project started in 2018 and is a well-known protocol.

After 3 years of research and development, we will launch our mainnet on June 26.

As a project that has crossed the bulls and bears, we have experienced the skyrocketing and plummeting of BTC, and MultiVAC has survived for a long time.

Compared with the same period last year, MultiVAC has risen more than 40 times. This stems from MultiVAC's insistence on technology itself and always insisting on creating value.

Q: Is there any plan for MultiVAC after the mainnet goes live?

Shawn: In the short term, we will focus on the launch of the mainnet and look for early developers.

In the early stages of the main network, we will expand the application scenarios of MultiVAC. Developers and users are what we care about most. The more users and applications there are, the more valuable MTV is.

In addition, we will pay attention to the promotion of the global market and strengthen the market value management of MTV.

Q: Can you tell us about the current mainnet staking progress?

Shawn: The mainnet staking will be divided into multiple goals.

The first goal requires 50 nodes (corresponding to 50 million MTV), which is the lowest threshold for the main network to start.

Then there are 200, 500, 1,000 and 2,000 node goals, which are the safety threshold, stability threshold, sharding threshold, and mainnet upgrade, respectively.

Each goal will have additional 5% airdrop rewards to thank our early supporters of the mainnet.

At present, our total staking amount has reached 432 million MTV, and we will soon reach the third goal.

For instructions on how to participate and rewards, you can refer to this article: https://multivac-global.medium.com/multivac-mainnet-staking-officially-starts-770fe7a878e1

Q: Is there a threshold for staking? Must it be 1 million MTV to participate?

Shawn: I have seen many similar problems.

We are stepping up the development of the mining pool and strive to complete it before the mainnet launch.

So, my answer is that less than 1 million MTV can also participate in staking.

However, we need to announce the specific details later.

Staking that has already joined, regardless of whether it is less than 1 million, can get all the corresponding rewards.

The mining pool is still under development, but everyone can join staking now.

Even if it does not reach 1 million, we will be included in staking and will participate in mining as soon as the mainnet goes online.

Q: What is the profitability of mining?

Shawn: We will have three rewards.

The first is the Pre-launch reward, that is, from your participation in staking to the mainnet launch, 0.1% daily return is given during this period.

The second is the Bootstrap reward, which is the reward for completing the different phased goals I just mentioned. Each goal is 5%, and you can get up to 25%.

The third is mining rewards. Early mining rewards will be higher, but this is evenly divided by staking, so the rate of return depends on the number of participants.

The rewards for the first two will be issued immediately after the mainnet goes online.

From the current point of view, the earliest participants can immediately receive about 18.7%~28.7% rewards after the mainnet goes online. Even if you join now, you can still get about 7.4%~17.4%. The reward of goal 3 will be reached soon.

And the third part of the reward, the annualized rate of return for mainnet mining is now about 122%, because we are still in a very early stage.

The above is based on current data analysis.

Q: I noticed that MultiVAC has a new "cross-chain native" feature being developed. What is the importance of this feature for MultiVAC in the DeFi ecosystem?

Shawn: As CTO, let me answer a technical question first. This is a MultiVAC proprietary technology. We added the cross-chain function at the beginning of the design, and the cross-chain transfer can be completed in atomic operation. This ensures the security of cross-chain assets. This is also MultiVAC's late-comer advantage. Although we came late, we designed it better. For DeFi, we support assets of other chains to enter MultiVAC more easily and conveniently, which can effectively expand our early ecology.

Q: 1. According to your website you have fair mining, can you please explain that to the KuCoin Community?

2. You have a pretty good project, what can you say about Flexible Computation and Trusted Programming?

3. What is your team doing to get the attention of more app developers and big investors?

Shawn: Thank you for your three questions. To be fair, I will only answer your first question. In MultiVAC, we proposed Fair Mining because everyone can participate in mining. Both BTC and ETH mining require professional mining machines and consume a lot of energy. However, PoS systems such as EOS and BSC only open a small number of nodes, so only large capital can participate in mining. MultiVAC has very low requirements for equipment and proposes a consensus algorithm that allows thousands of nodes to coexist. Therefore, our mining is that everyone can participate and does not require professional equipment. This is what we call fair mining.

Q: First AMA to second AMA session, what is the main improvement done by MultiAVC?

Shawn: Very interesting question, it feels like my boss is asking me. For more than a month, we have prepared the mainnet launch plan, including the final test of the mainnet. In addition, we have provided BSC's swap activities to expand the liquidity of MTV. We have done a lot of publicity work, including publishing news on some important media.

The most important thing is that we need to set the parameters of the main network and staking activities, because this is the most relevant to everyone, and everyone is most concerned about it. We must ensure that all data is reliable, safe, and can bring everyone income.

Q: You talk about fair mining for all, what are the steps and requirements needed to start mining?

Shawn: For now, you only need to follow this link to transfer MTV to the staking address: https://multivac-global.medium.com/multivac-mainnet-staking-officially-starts-770fe7a878e1

In the first stage of the mainnet, you do not need to prepare your own equipment, and MultiVAC will start the mining node for everyone.

Shawn: Due to time constraints, I cannot answer too many questions. Thank you all for your enthusiastic questions. Although it is not the first time to see such a heated questioning scene, I am still very happy. I like KuCoin. As the first project of KuCoin Spotlight, we are always with KuCoin users.

Shawn: For more information about our MultiVAC, you can join our social media.

KuCoin and MultiVAC have prepared a total of 360,000 MTV to give away to AMA participants.