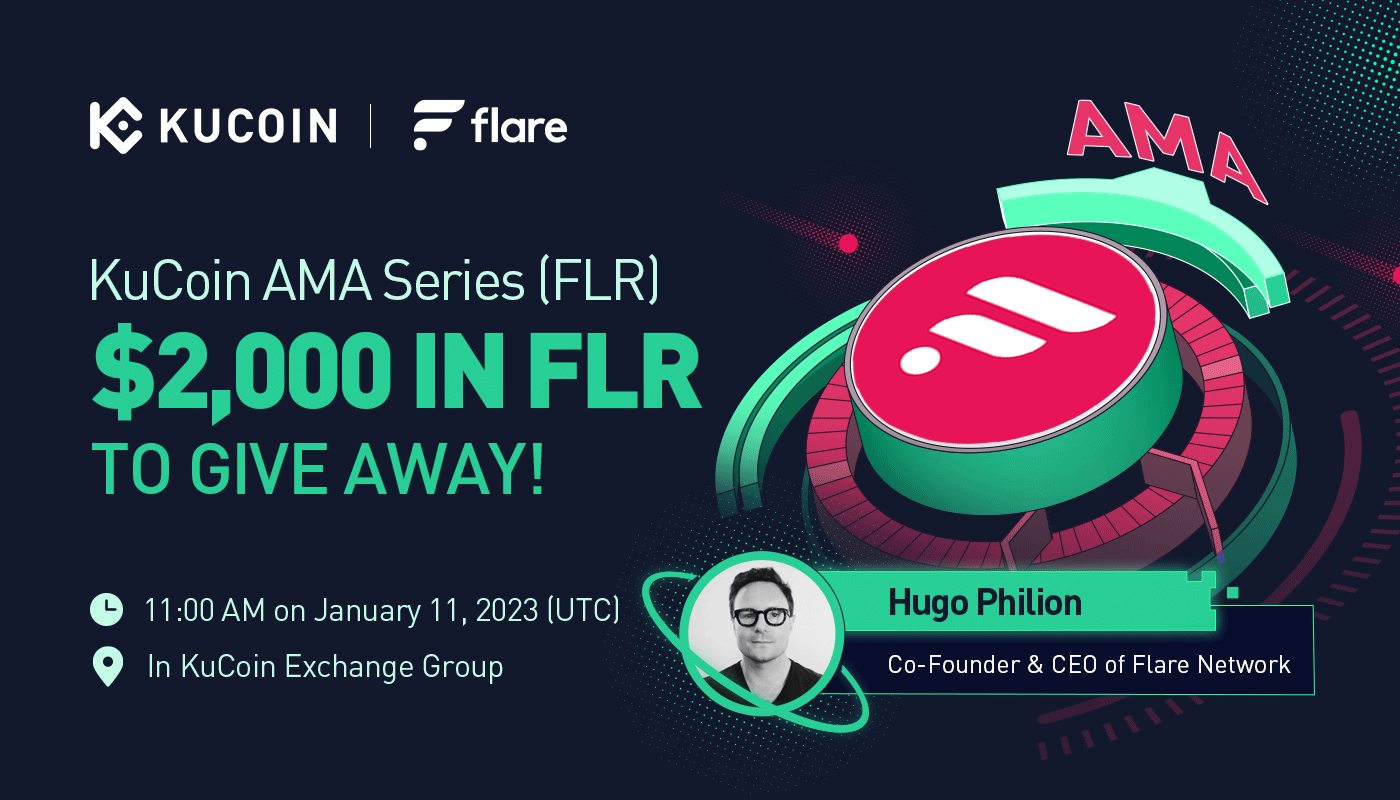 KuCoin hosted an AMA (Ask-Me-Anything) session with the co-founder and CEO of Flare Network, Hugo Philion, in the KuCoin Exchange Group. 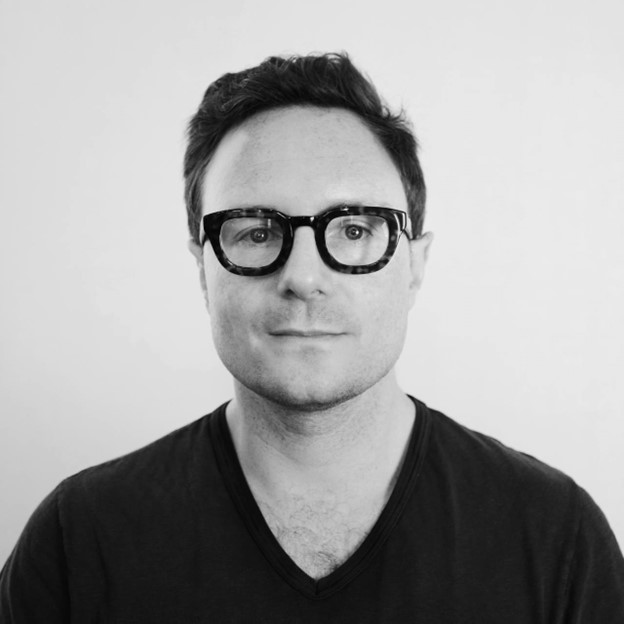 Hugo Philion is the Co-Founder and Chief Executive Officer of Flare Network. He previously worked as a derivatives trader, managing portfolios at several large funds.

Q: Please tell us why you started Flare and what you see as its role within the blockchain.

Hugo: For the blockchain industry to flourish, we need more useful decentralized applications. Flare is tackling this through data, not just prices but transaction details, Web2 events, and so on, so that developers can build applications that provide more utility to a larger group of users.

Flare aims to enable developers to build applications that securely access more data. This secure access enables new use cases, such as triggering a Flare smart contract action with a payment made on another chain or input from an internet API. It also facilitates a new way of bridging, specifically to bring non-smart contract tokens to Flare for use in applications like DeFi protocols.

Hugo: Flare is a purpose-built blockchain with a vision to solve the challenges that have constrained innovation in our industry. It is a high-performance, decentralized platform that delivers a set of native, open protocols secured by the network. These protocols enable interoperable and composable applications to be built. From a technical perspective, Flare is a Layer-1 blockchain network utilizing the Ethereum Virtual Machine, or EVM, which offers two native protocols.

The State Connector acquires information from other blockchains and the internet. This data can then be used securely, scalably, and trustlessly with smart contracts on Flare.

Together, these protocols allow developers to create an ecosystem of robust and decentralized interoperable applications: connecting everything.

Q: What is the Flare Time Series Oracle, and why is it important?

Hugo: The Flare Time Series Oracle, or FTSO, is a highly decentralized protocol for safely retrieving external time series data, such as cryptocurrency price pairs, for use on Flare. It takes data at three-minute intervals from an independent network of data providers incentivized to deliver accurate information.

Independent entities, known as "Data Providers," are required to harvest and collate individual price-pair data for a set of cryptocurrencies from exchanges. They then send this data to Flare by signing a transaction containing all the information. The FTSO system computes a price for each cryptocurrency and makes it available for any user or application to request the required data. This data can be used for any use case, such as asset prices in a decentralized lending protocol.

In this process, each data provider's submission is weighted by delegation. This creates a reward system that reflects the community's trust in a particular provider. The result is an incentivization system where all stakeholders can receive a share of rewards. Rewards are based on the data providers' submission and how close it is to the computed estimate. Hugo: The Flare community can participate in the network with their FLR tokens.

First, they can wrap their FLR into WFLR and delegate it to FTSO data providers. This enables token holders to contribute to the safety of the system directly. Delegated WFLR tokens remain in the user's wallet, enabling them to earn rewards in the FTSO system while using them for other purposes.

Second, by holding FLR tokens, users can participate in network governance by voting on Flare Improvement Proposals with the community.

Last, if the governance vote FIP01 passes, FLR token holders will receive part of the 85% public token distribution over 36 months based on their holdings of Wrapped Flare.

You can use the Flare Portal for both delegation and governance. Delegation is also offered natively in-app by some wallet providers, including Bifrost Wallet. 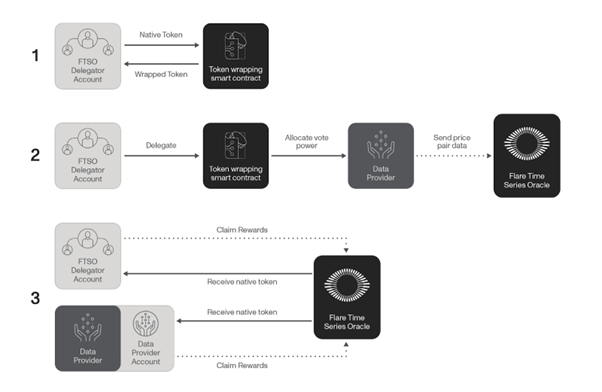 Q: What is the State Connector, and how does it work?

Hugo: The State Connector enables information from other blockchains and the internet to be used securely, scalably, and trustlessly with smart contracts on Flare. It does so securely and in a decentralized manner, enabling developers to build a range of interoperable applications. Developers can access multiple ecosystems' value, liquidity, and information through a deployment on Flare. It is designed to integrate with any blockchain without requiring a centralized third party or a code change on the underlying chain.

An example use of the State Connector is to verify whether a transaction has taken place on another blockchain, for example, if 1 Bitcoin has been transferred from address A to address B. This information can then trigger an action in a smart contract on Flare. 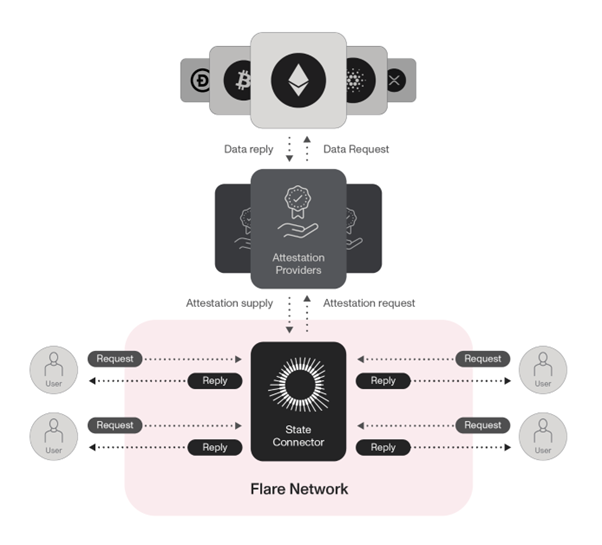 The State Connector provides information about systems external to Flare, such as data regarding an individual transaction, including whether it has not taken place on another chain. Furthermore, it can gather memo data fields, such as a utility bill payment reference included in a Bitcoin transaction from one wallet to another. This offers a powerful class of data on the network and enables more cross-chain solutions to be built.

Q: How can developers start building on Flare?

Hugo: Here’s the best place to start building with Flare.

Flare is an EVM-compatible chain. Any application written in the Solidity programming language can be run on the network. This means developers can use existing Solidity-coded applications running on other EVM chains and deploy them directly to run on Flare. In addition, Flare's native protocols, the State Connector, and FTSO provide secure access to decentralized off-chain data, giving builders and engineers the flexibility to create innovative & interoperable applications.

Q: Does Flare offer grants to encourage and support builders who come to the network?

Flare conducts a bug bounty program that spans end-to-end: from protocol robustness and implementation compliance to network security and consensus integrity. Classical client security and security of cryptographic primitives are also part of the program.

This is just the beginning. We are working to deliver a variety of new community initiatives in the near future, and we will expand our existing programs to match the fast growth of our community.

Q: Can you explain the State Connector's role within the Flare Network? What advantages does it offer over other similar products that your competitors have?

Hugo: The State Connector enables Flare to safely and trustlessly reach a consensus over an event that has occurred externally to the network, for example, a blockchain transaction between two parties or the content of an API on the internet. The State Connector's main components are the Request-Commit-Reveal (RCR) and the branching protocols.

FTSO and State Connector protocols provide this data on-chain through an independent network of incentivized data and attestation providers, which are compensated in FLR.

Q: Can you explain your connection with other blockchain projects like XRP, XLM, XDC, and ALGO? Is it part of the state connector/CBDC? Can you give an example of its real-world use case?

Hugo: Currently, Flare's native protocol, the Flare Time Series Oracle, provides prices for digital assets, including XRP, XLM, ALGO, BTC, ETH, etc. The FTSO is a separate protocol from the State Connector, which is not for time series data. Instead, it acquires data regarding an individual transaction, including whether it has not taken place on another chain. The State Connector can furthermore gather memo data fields. For example, this could be a utility bill payment reference included in a Bitcoin transaction from one wallet to another. This offers a powerful class of data on the network and enables more cross-chain solutions to be built.

Q: Have you been audited?

Hugo: Flare takes security very seriously. Every protocol built by Flare is extensively audited. It is then tested on the Flare test network, Coston, and is then tested in a live money environment on Flare's Canary Network, Songbird.

Hugo: We have approximately 80 data providers on Flare and 100 on Flare's canary network, called Songbird. So the maximum number of providers currently in the system is 100. This already makes the FTSO one of the most decentralized oracles in the space, but we are also looking at increasing this number further.

You can see a list of the FTSO data providers on our Flare Metrics. This also shows each provider's reward rate and other statistics, so token holders can choose which they want to delegate the FLR tokens to maximize their rewards.

Q: Are there any minimum requirements to delegate WFLR on FTSO? Where can I get more information about it?

Hugo: There are no minimum requirements for FLR tokenholders to delegate WFLR to the FTSO. The Flare community can participate in the network with their FLR tokens. You can find more Information here.

The process follows: First, users wrap their FLR into WFLR and delegate it to FTSO data providers. This enables token holders to contribute to the safety of the system directly. Delegated WFLR tokens remain in the user's wallet, which enables them to earn rewards in the FTSO system while using their tokens for other purposes.

You can use the Flare Portal for both delegation and governance. Delegation is also offered natively in-app by some wallet providers, including Bifrost Wallet. 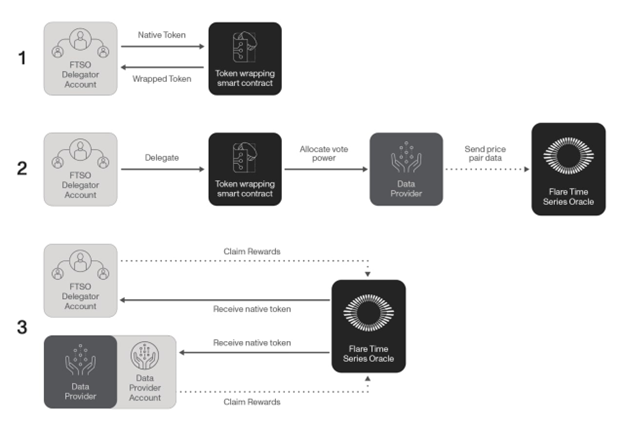 🎁 Participate on the Flare Network AMA quiz now for a chance to win $10 in FLR!

The form will remain open for five days from publishing this AMA recap.

KuCoin and Flare Network have prepared a total of $2,000 in FLR to give away to AMA participants.