As part of our crypto weekly roundup series, we will discuss the market driving factors, trends, and main events that happened in the crypto sector throughout the week. 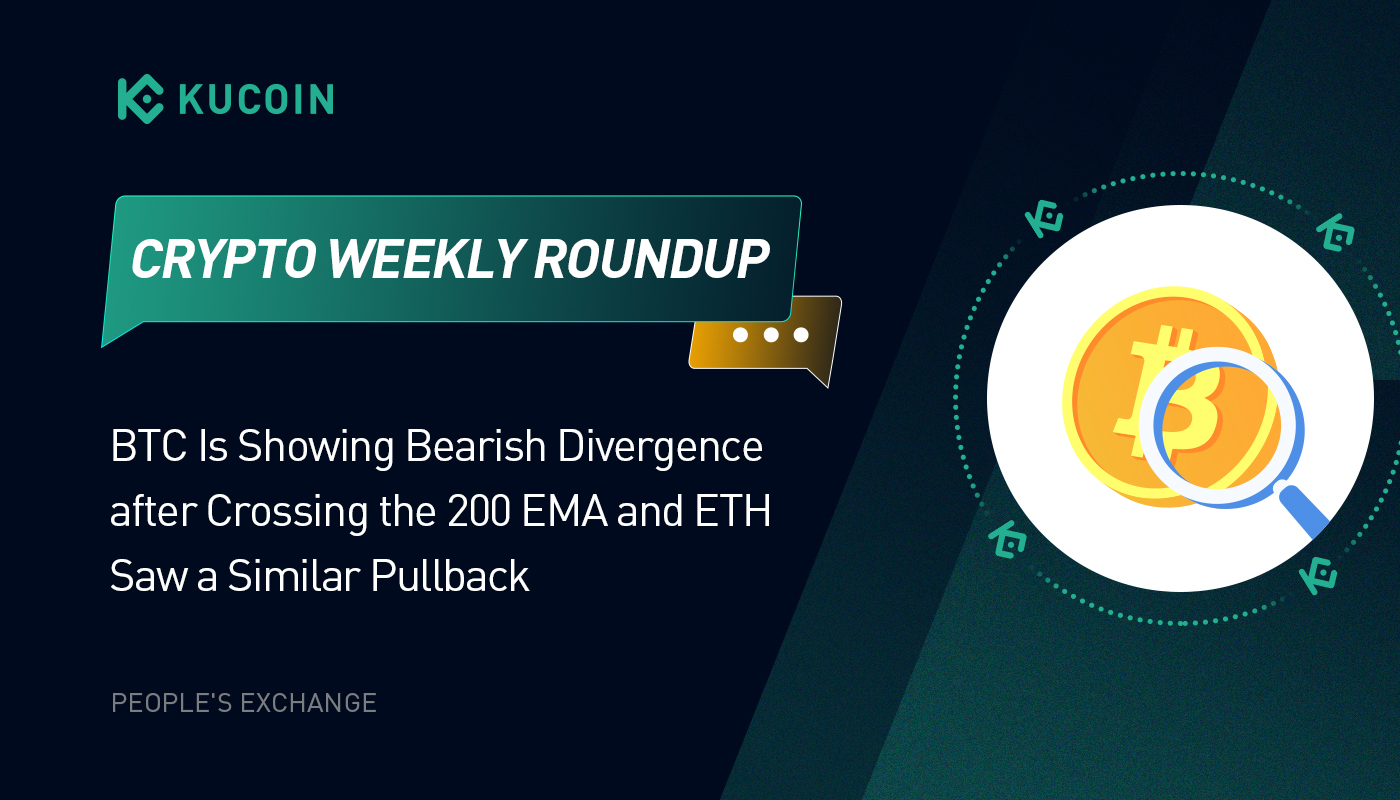 During the last week, Bitcoin crossed the 200 EMA and rallied up to $48,000 with a sudden -$2,000 drop. Ethereum tested a breakout after crossing the $3190 level but couldn’t hold up the rising trend that led to a strong pull back to the previous support. Interestingly, the crypto market showed a bullish divergence amid the US infrastructure bill in the senate, but as things settled down with positive news, we saw a big sell-off.

Let's discuss some of the key events that happened last week in the crypto space.

According to Glassnode on-chain analysis data, old coins are not being spent despite the rally to $48,000. This data indicates that old whales are holding their coins and are still optimistic during these corrections.

The Bitcoin volume throughout the week was still low which was not sufficient enough to break strong resistance levels. According to many analysts, Bitcoin needs an influx of volume to reach $50K by the end of this month.

Despite the pull backs, the long term bullish trend is still intact. For a long-term bearish trend, Bitcoin should fall below the 62% FIB level to $27,000, according to FX Empire.

After the China ban, Bitcoin Mean Hash Rate is showing signs of recovery according to Glassnode on-chain analysis data.

The Long-Term Holder (LTH) supply for Bitcoin has reached 12.48M BTC as long term holders are still accumulating coins. This accumulation trend is similar to October 2020 which was followed by a strong bullish impulse.

The long-term perspective is that Bitcoin is still in the bullish trend despite the pullbacks from key resistance levels due to low volumes. The big whales (long-term holders) are still in the accumulation phase, similar to October 2020 last year. If we can get the volumes, we can reach a new ATH this year.

The short-term perspective is that Bitcoin is in the correction phase after we saw some straight green candles throughout the last few weeks. The price got rejected from key resistance levels, and there is a bearish divergence towards a lower end.

During the last week, ETH rallied to $3,274 from $2,990 and had a pullback at key resistance levels due to lower volumes. If the re-test continues and price is rejected, we can expect a short term bearish trend.

Arbitrum, one of the most anticipated Ethereum Layer-2 scaling solutions, is about to launch this August. Arbitrum uses Optimistic rollup, and more than 250 projects have applied to build on Arbitrum.

According to an analysis by Santiment, the Ethereum active addresses have been on a decline despite the rising prices of ETH and London Hard Fork.

More than $153 million worth of ETH have been burnt since the launch of London Hard Fork. The biggest ETH burn is coming from OpenSea, Uniswap (UNI), and Axie Infinity (AXS) contracts.

According to the data compiled by The Block, weekly NFT transactions have seen a decline after hitting a top in June and July. It’s still early to say that the NFT craze is declining, but we can see a downward trend in the number of transactions.

The last week hasn’t been exciting for Ethereum as we saw a pullback and a decline in the number of NFT transactions. The price action of Ethereum is showing a short-term bearish trend, just like Bitcoin. If we don’t get the volumes, the bearish trend will continue to re-test lower resistance levels.

Smart contracts are finally coming to Cardano (ADA) in a Alonzo Purple smart contract hard fork that is scheduled for early September.

Cardano (ADA) is up by 50.71% in the last 7 days due to the much anticipated Alonzo Purple smart contract hard fork.

Ripple (XRP) is up 65.24% in the last 7 days and is still showing a bullish trend. Bitcoin and Ethereum are down but the altcoins are rallying up.

DOGE is now the unit of account for the lunar business, according to Geometric Energy Corporation, which is launching a satellite in the lower orbit in collaboration with SpaceX with a screen for display advertisement.

The biggest takeaway for altcoins is Cardano smart contracts and Ripple partnership with one of the biggest money transfer operators Money Express. As BTC and ETH are having a pullback, the altcoin season is in full swing. If BTC and ETH pull out from the retest, we might see the altcoin money flowing towards BTC and ETH just like in the previous runs.

Bitcoin and Ethereum got rejected from key resistance levels and is currently retesting the lower resistance levels once again. During these pullbacks, the altcoins are rising as we saw an upward price action with double digit returns.

Do you think we will see new ATH levels this year?