What is Bitcoin (BTC) ?How does it work?

The covid-19 pandemic has caused much turmoil for people around the world, financially and otherwise. Many have tried to preserve their savings and move away from cash and investments that might depreciate in value. These people found their sanctuary in cryptocurrencies such as Bitcoin. However, the vast majority of people are not yet properly introduced to the concept and goal of Bitcoin. 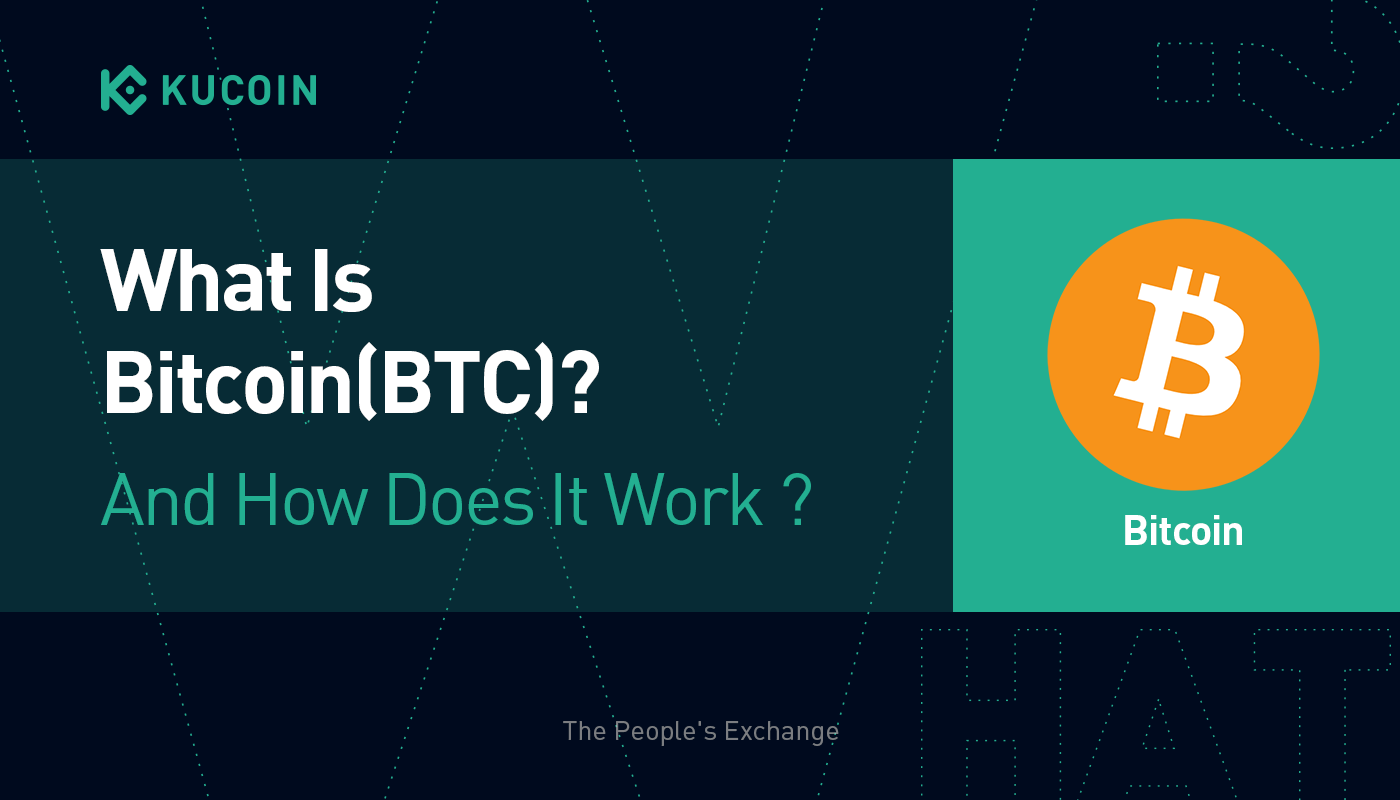 Bitcoin is the first and most well-known cryptocurrency in the world. It was created in 2009 as a response to the careless government usage and control of assets, which caused the 2008 financial crisis. Bitcoin’s main goal was to create a fully digital and decentralized currency that could be used for electronic payments.

Fiat money (like the US dollar) is backed and regulated by the government that issues it. On the other hand, Bitcoin is the complete opposite - it is regulated by its network of users. It is designed to be secure, open, and global.

Many think of Bitcoin as post-industrial or post-institutional money. The rules under which it operates are neutral and predictable. Every transaction is treated the same, without any censorship or third-party control. The power of Bitcoin is spread across the network, making it extremely difficult to manipulate.

On top of that, Bitcoin has a finite supply of only 21 million, making it impossible to “print” money and add it to circulation. This ensures that the only factors that influence its value are its supply and demand.

The first Bitcoin specification was published in 2009 by Satoshi Nakamoto, an unknown and mysterious person or team. Satoshi completely vanished in late 2010 without revealing much about themselves. The community has grown exponentially since then, with many developers working on improving Bitcoin.

While many concern themselves with the identity of Satoshi Nakamoto, the truth is: it doesn’t matter. Bitcoin’s protocol is open-source by nature, meaning that any developer can review the code, and even make their own versions of Bitcoin.

How does Bitcoin work?

Bitcoin is a digital file stored on the blockchain, the technology that powers it. Blockchain is a digital ledger made of units (called blocks) that contain all the important information about the network transactions, such as the date and time of the transaction, buyer and seller, as well as the unique code for each transaction. However, Bitcoin’s blockchain does not contain actual names of the buyer and seller, but rather just a set of numbers called the wallet address.

Bitcoin’s decentralization, though it may sound risky to some, is its main advantage. In order for a block of transactions to be added to a blockchain, it first needs to be verified by the majority of Bitcoin validators, called miners.

What is Bitcoin mining?

Each Bitcoin transaction contains a puzzle that miners need to solve by utilizing powerful specialized hardware. This puzzle is created to protect the network from fraudulent transactions. Bitcoin’s network incentivizes miners to work by rewarding them with newly-minted Bitcoin (this is how new Bitcoin is created) and transaction fees. This concept of mining to ensure network stability is called Proof-of-Work.

While it was possible for a person to mine Bitcoin with a regular computer in the early days, that is no longer the case. Bitcoin’s code is written in such a way that the difficulty of the puzzles increases and decreases based on the total computing power of the network. Today, Bitcoin mining requires new and powerful hardware, as well as access to cheap electricity, in order to be profitable.

Bitcoin’s network has grown exponentially in recent years as individuals, institutions, and even governments started exposing themselves to it. However, the current price volatility and network speed don’t allow Bitcoin to fulfill its main purpose yet. Instead, it is used more as a store of value and a better version of gold.

The infrastructure around Bitcoin has improved drastically over time as well. Companies such as Tesla and Microstrategy have Bitcoin in their portfolios. On the other hand, Paypal also approved of Bitcoin and stated that it will enable cryptocurrency purchases through its platform, essentially exposing the network to 346 million users and 26 million merchants. Other large companies like Overstock and Twitch, all accept Bitcoin as a form of payment.

This widespread acceptance and approval of Bitcoin as a technology and an investment asset has brought its price over the $60,000 mark, with numerous analysts calling for a price of over $100,000 by the end of 2021.

How to use Bitcoin

In order to use Bitcoin, users need a place to buy it first. There are five ways to get Bitcoin, each having its own pros and cons:

Cryptocurrency exchanges are places where users can buy Bitcoin with their money, or exchange their cryptocurrencies for one another. They are incredibly versatile and usually have the most features. To buy Bitcoin with Kucoin, head over to our website and create an account.

To learn more about Kucoin and how to use it to buy Bitcoin, visit our beginner’s guide page.

Peer-to-peer platforms are places where users can buy Bitcoin directly from other owners.

People can also acquire Bitcoin by mining. However, nowadays, mining requires expensive hardware, cheap electricity, and technical expertise, which put it out of reach for most people.

People interested in Bitcoin could sell their things on marketplaces that allow for crypto purchases. This way, they will get Bitcoin by selling things they don’t want.

Different people want Bitcoin for different reasons: hedging against inflation, improving security, belief in the technology, or simply due to its potential to increase in value. Regardless of the reason, it is undeniable that more and more people want to learn about Bitcoin and invest in it.

Visit us at KuCoin, where you can buy, trade, and learn more about Bitcoin and other cryptocurrencies.