Last week has been an exciting week forBitcoin. Despite the recent China ban, Bitcoin jumped 5.58% in the last seven days and is slowly gaining momentum with an upward trajectory as strong hands are aggressively accumulating.

BTC dropped below $30K in the last couple of days and quickly rallied back above the short-term downtrend to over $35K as Long Term Holders (LTH) started buying when miners were selling due to a crackdown on miners in China.

Another bullish metric we saw is a sudden growth in the number of new entities (users) coming on the network. It's hard to say whether these new users were coming from Latin America due to the ongoing political acceptance of Bitcoin, but the net growth in newer entities is good for the price action nonetheless. 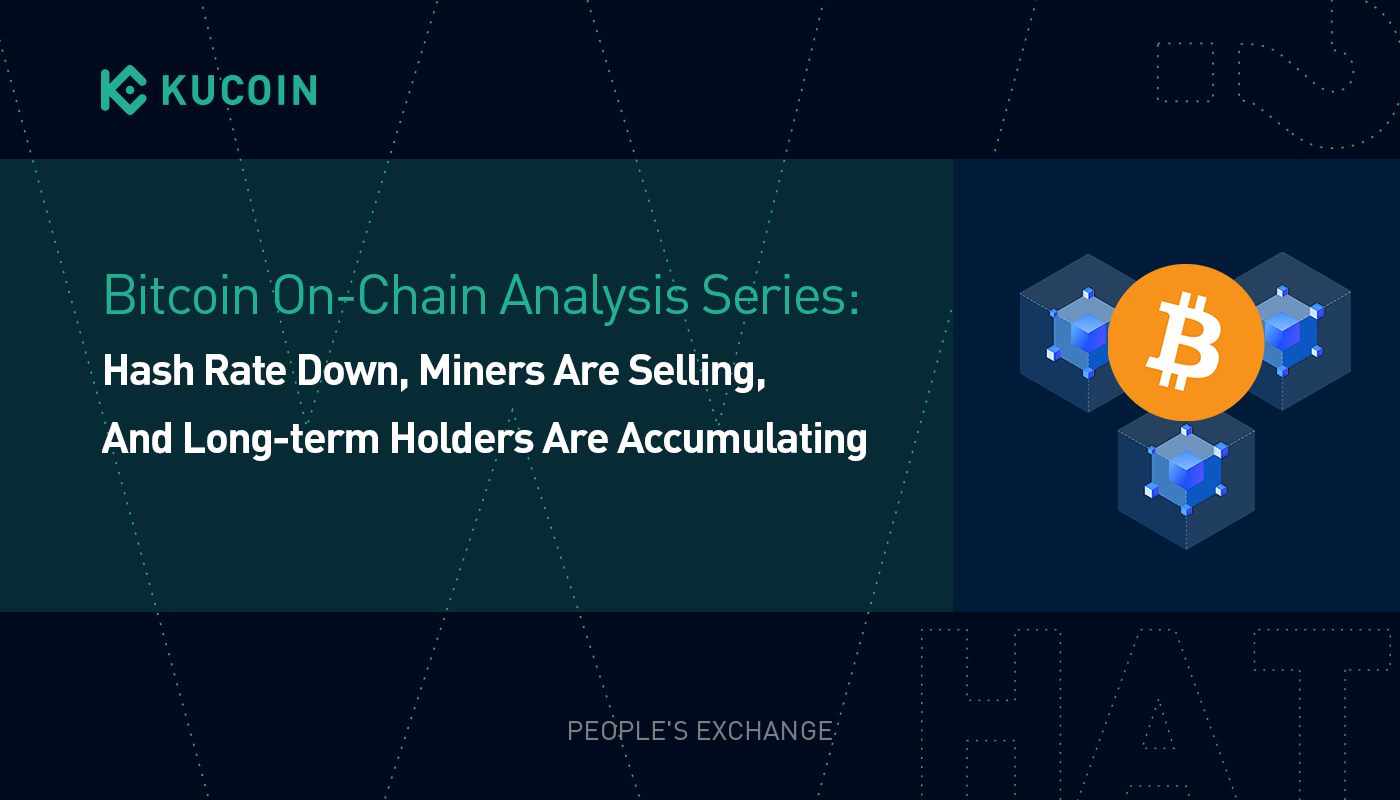 Let's dig a little deeper into the on-chain analysis for Bitcoin and see what clues we can gather by understanding the market's behavior.

The Illiquid Supply Change shows the monthly net change of supply held by illiquid entities (strong hands or long-term holders). The illiquid supply change has continued to increase due to a substantial accumulation from the long-term holders and experienced market participants.

During the late 2020 bull run, this metric was also dubbed as "Rick Astley Indicator" by a famous on-chain analyst Willy Woo. This indicator turned red at the start of this month, meaning that long-term holders were selling their holdings. However, it flipped green in mid-June, showing strong accumulation.

During the last week, the 30-day change of liquid to illiquid supply reached its peak at 95,800 BTC. The reversal of this trend to red pushed Bitcoin in the $30K range, but with the net-positive trend in the last seven days, Bitcoin is getting back on its track.

This metric shows the net growth of unique entities (users) in the network. Although we haven't seen any significant growth in entities with large holdings (whales), we saw a sudden jump in the smaller entities joining the network.

The net entities growth is showing a clean W-shaped recovery, which is quite a positive signal. The smaller entities could be from Latin America due to a trend towards political acceptance of Bitcoin, but it's hard to tell.

Towards the end of all the previous bull markets, we saw a decrease in the net entities growth, but in this case, this upward trend doesn't show any resemblance with the tail end bearish behavior of any previous bull markets. The net growth in the newer entities joining the network has always been a positive news. 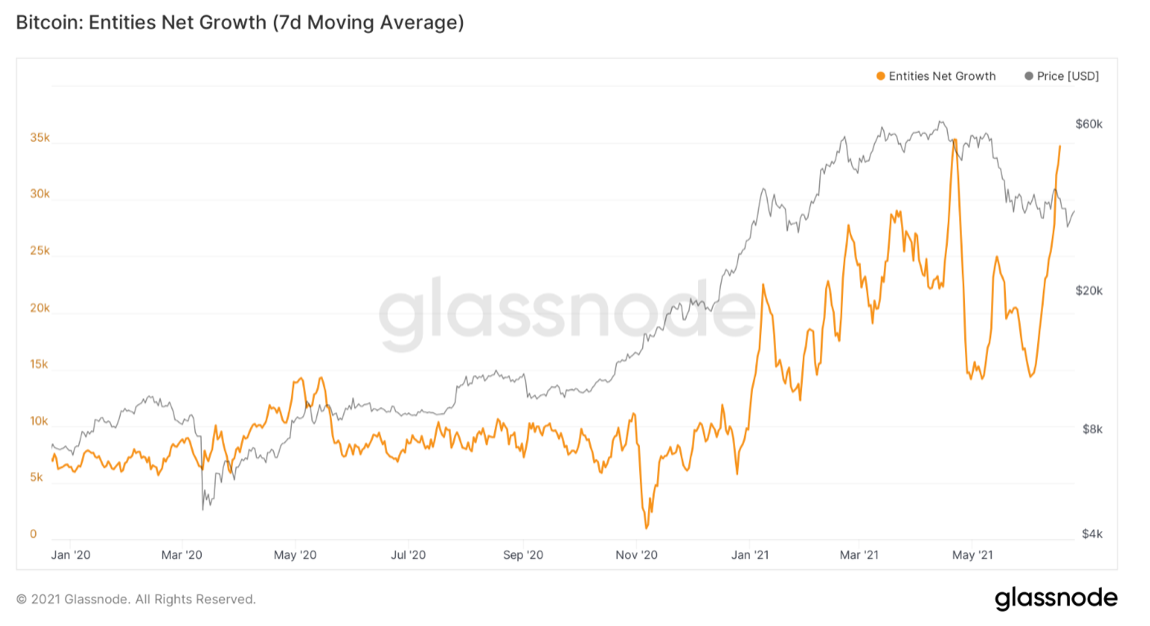 SOPR is The Spent Output Profit Ratio (SOPR), and it's simply the price sold divided by the price paid. The SOPR indicator measures the profit or loss of every single transaction in the market. The Adjusted SOPR (aSOPR) tells us the profit-taking of Bitcoins trading on any given day.

This week, the aSOPR indicator shows a clear bullish divergence, meaning that the willingness to sell at a loss and panic behavior is dissipating. In the last two weeks, this ratio was below 1.0 as more people were selling their Bitcoins at a loss due to the ongoing FUD of China ban.

However, we are slowly getting back on track as the ratio is approaching close to 1.0 with a strong retrace, which shows confidence from both long-term and short-term investors since they are accumulating as we discussed in the illiquid supply ratio. 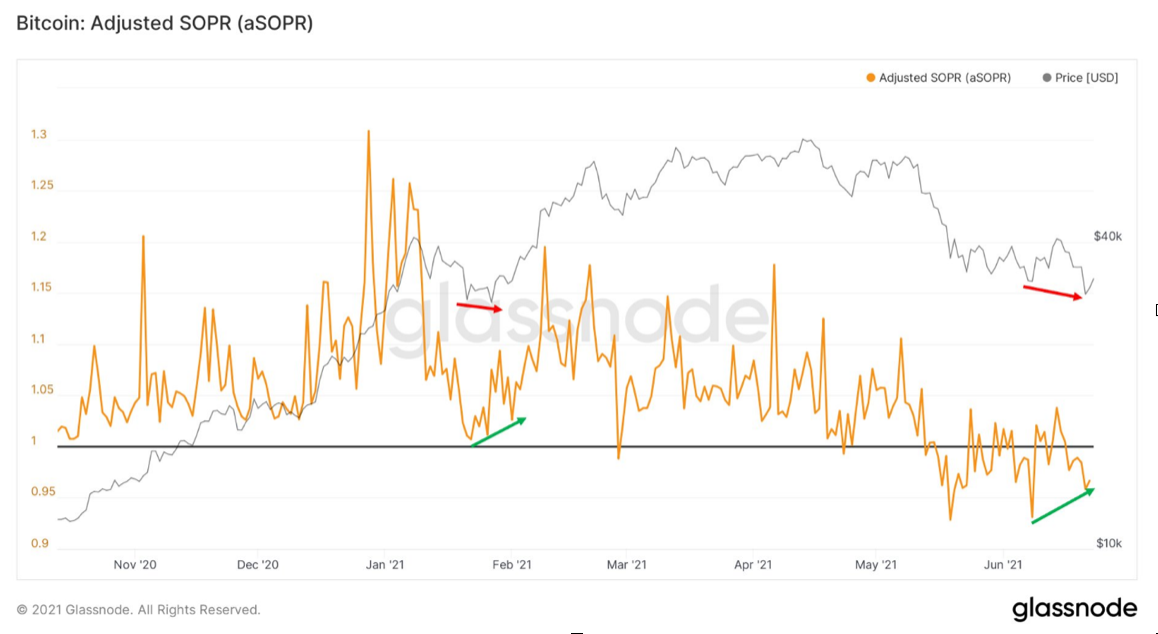 This metric is an important one in the current context. It shows the 30-day change of the supply held in miner addresses. Over the last few days, the Bitcoin hash rate has dropped significantly due to the China crackdown on miners.

This crackdown has imposed a strong sell-pressure on the miners, and miners are clearly reducing their holdings. Miners have reduced their holdings by 5,125 BTC since the end of May, and we are not expecting any positive reversal in this trend anytime soon.

An interesting point to note here is that even though Bitcoin price is gaining momentum, miners are still selling their holdings, which means that this sell-pressure isn't reflected in the price action of Bitcoin. However, the continued miners' sell-pressure might affect the market in the short term. 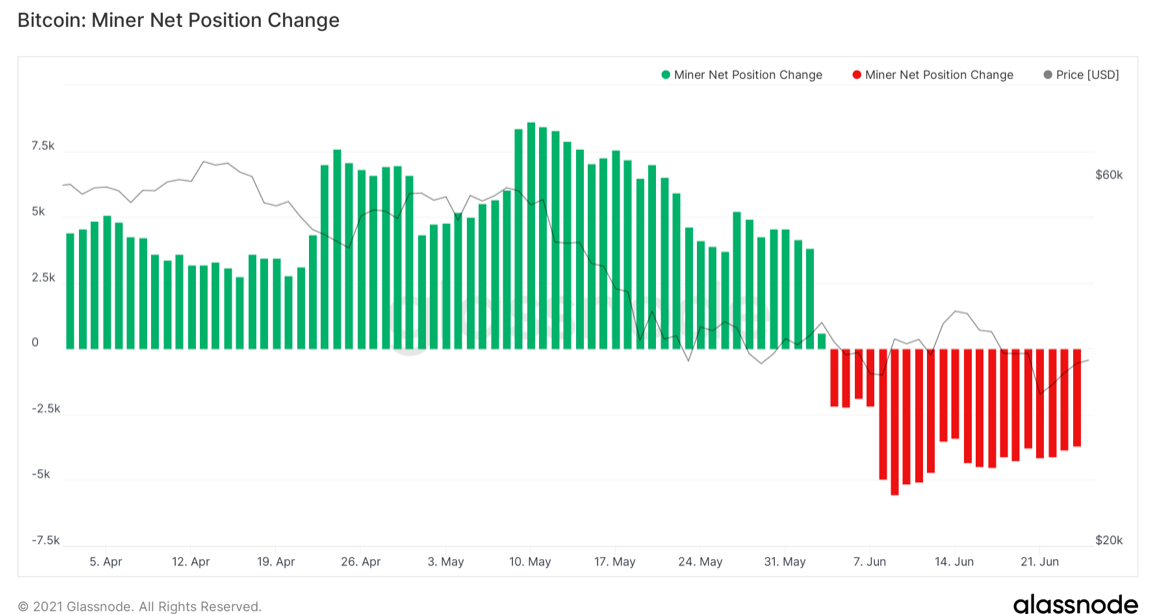 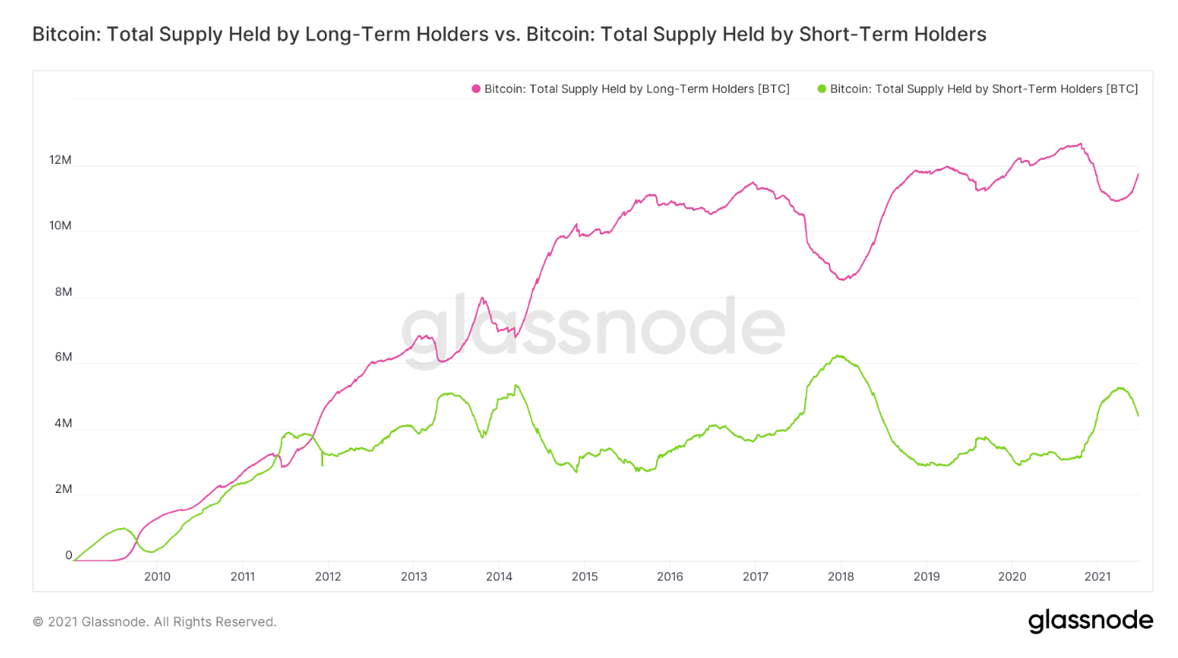 Last week was exciting for Bitcoin, as there was a downtrend in the price action due to China's crackdown on miners, but the price quickly retracted with all the bullish signals. The long term holders are accumulating, and we see significant growth in the newer entities joining the network.

With all the bullish signals, do you think Bitcoin will continue to show a positive price action?

Sign up with KuCoin, and start earning a profit on your trades and investments today!