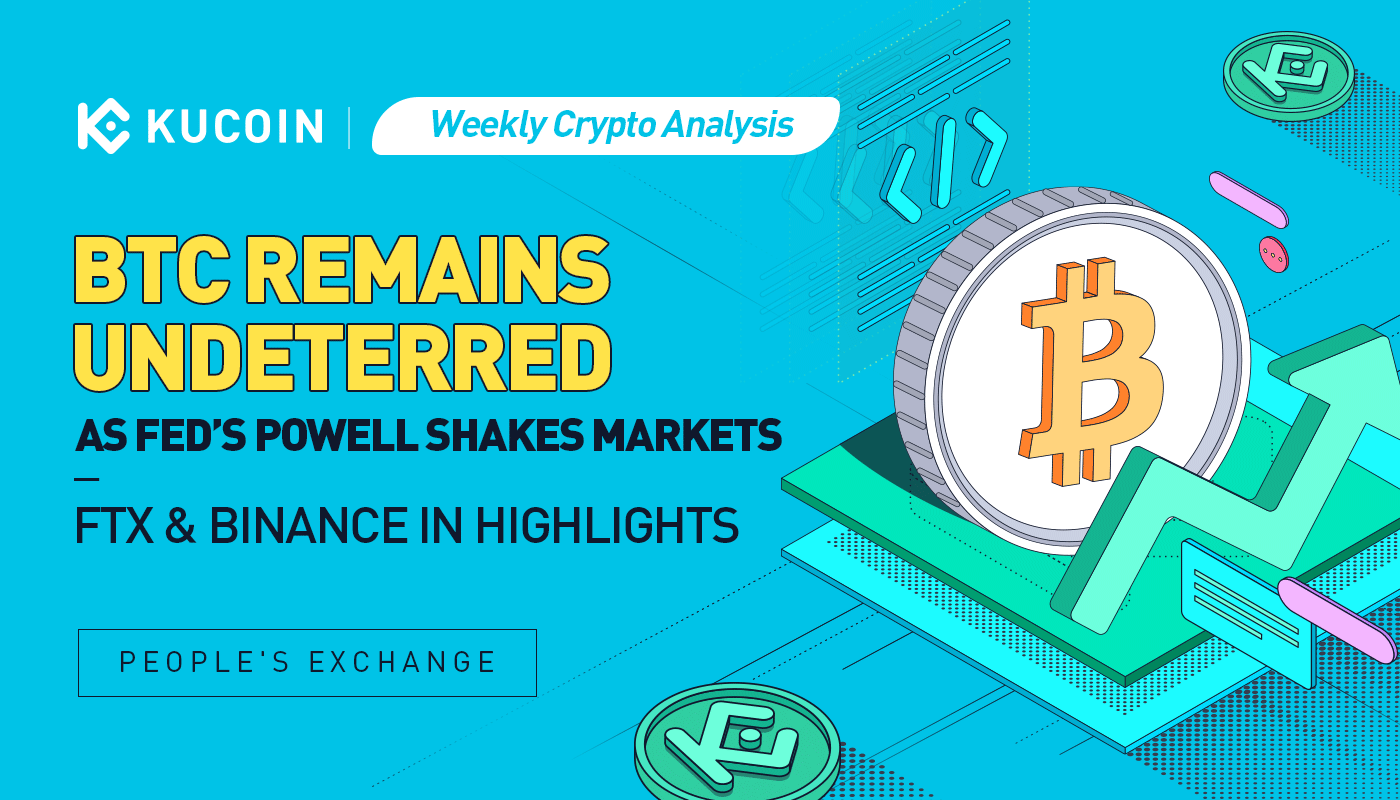 This week was a volatile one due to the several Fed activities that were held. The first was the monthly FOMC meeting held on November 1 and 2. All markets stood aloof during this period to listen to the Fed’s view concerning the current quantitative tightening.

While there was a lot of optimism heading into the meeting (and even as the Fed chairman said, “there is the fear they would overdo the tightening”), it was quickly dashed as Jerome Powell called the claims for a Fed Pivot “very premature.” The expected rate hike was 75bps, and the Fed delivered, but even the good jobs report that came out a few days later could not reverse Powell’s speech.

However, despite the news, Bitcoin and Ethereum, the two largest cryptocurrencies by market capitalization, were unfazed. Bitcoin dropped by only 1% but recovered quickly.

In other news, Web 3 coins soared this last week after Meta platforms announced a partnership with Arweave to archive creators' digital collectibles. Arweave rose by 60% on the announcement, while others like Filecoin and Storj rose by more than 14% and 10%, respectively. 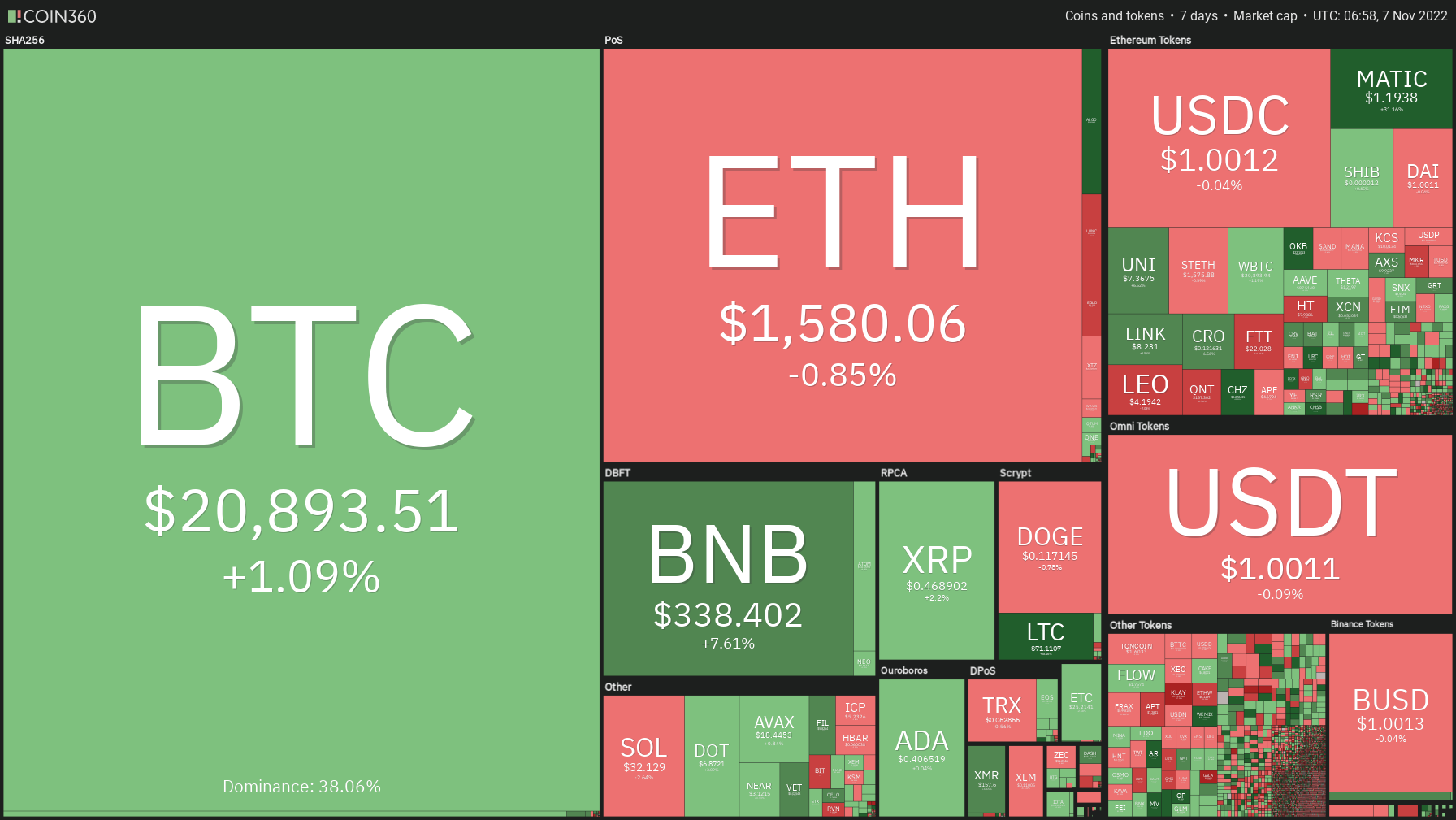 Google Cloud also caused a short spike in the price of Solana after it tagged Solana’s founder on Twitter with the words, “Should we tell our followers the big news?” Solana rose by over 15% on the announcement but went flat after google announced in a subsequent tweet that Google Cloud is running a block-producing @solana validator to participate in and validate the network.

The Crypto Fear and Greed Index is still in the fear zone (33), as the Fed meeting showed no sign of a rate hike pause. This is still a positive sign from last month’s extreme fear value of 24. A major thing that can affect the Fear and Greed index this week is the US midterms.

The Talks on CBDCs Intensify

Canada is another country that announced it is actively watching CDBC as the next step in its financial system. The North American country released its 2022 Fall Economic Statement that included the nation’s plan for digital currencies. The important part of the paper showed that the Canadian government believes CBDCs are transforming the financial systems, and Canada will need to ‘Keep Pace’ with the growing digital monetization trend.

This week, the third mention of CBDCs came from the Bank for International Settlements, which announced that it is partnering with three central banks – France, Singapore, and Switzerland – to research blockchain technology and CBDCs. The project tagged Project Mariana has been set to a tentative date of mid-2023 for delivering a proof-of-concept.

The selection announced on November 3, saw firms like Web3-focused social payments system provider Loot Bolt and the brand-oriented platform Uptop, amongst others, selected for the six-month accelerator.

MasterCard announced that the companies were selected due to their potential in bridging Web 2 and Web 3.

This is the eighth year the Mastercard accelerator will run, and during that period, it has supported over 300 startups, with a few going on to achieve unicorn status.

Lebanon Locals are Turning to Bitcoin, Tether Amidst an Economic Crisis

A new analysis from Chainalysis sheds some light on the economic problems in Lebanon. The data, which showed that Lebanon has the second inflow of cryptocurrency in the MENA region, explains how Lebanese residents are leveraging cryptocurrencies to mitigate the bad economic condition of the country.

The country has grown to be a hotbed of crypto mining activities/ Bitcoin as a store of wealth after falling into a financial crisis in 2019. A mix of poor spending decisions and the aftermath of the coronavirus sealed the country's fate, and the nation was listed by World Bank in 2021 as one of the countries to be most severely affected in this century, except there is a major restructuring to its financial system. The two primary ways citizens are leveraging the crypto market include

Mining - The southern part of Lebanon has seen an unusual influx of residents, primarily owing to its cheap electricity. Some residents are purchasing Chinese mining rigs at a discount to start mining. A mix of these two has enabled miners to make a decent profit.

Despite this, the government insists crypto mining is the cause of the long-existing electricity problem in the country and pays close attention to mining - both legally and illegally.

Payments with cryptocurrency - Several reports point to the nation's citizens using Bitcoin and stablecoins as a means of exchange, with the payment method gaining the most prominent amongst tourist centers. Many of them are even storing their funds as Bitcoin, instead of Banks, due to the collapse in the banking system and the heightened risk of theft. All these happen even as the nation’s laws prohibit cryptocurrency payments.

Nigeria’s E-Naira Failure was Not what Elites Hoped For

Looking back at 1st anniversary of the eNaira, Africa’s first CBDC, the public reception has been underwhelming. Created and launched on high hopes of increasing remittances, fostering cross-border trade, and improving financial inclusion, the eNaira has since received low uptake.

More than a year on, multiple reports confirmed the project was a white elephant project.

Another noteworthy statistic about the CBDC shows that less than 0.5% (roughly 1 million) of the nation’s population have downloaded the eNaira App. This sharp rejection is a testament to the perception of poor leadership in the west-African country.

Binance CEO Changpeng Zhao stated that he will sell the remaining FTT token holding. He added that this move is a part of his exit plan from FTX.

While the famous CZ did not state how much FTT will be sold, it’s known that Binance received roughly $2.1 billion worth of BUSD and FTT as part of its FTX exit last year.

The CEO of Alameda Research, the parent company to FTX, tweeted at Zhao and proposed a buyout at $22 per token as a way not to greatly impact the markets.

When it comes to money movements, a $583 million transfer (in FTT) has moved to a Binance exchange wallet over the weekend.

Numerous sources state that FTX’s books are not as good as they seem, and that they might hold too many illiquid assets that might trigger a domino effect if one thing goes wrong.

Bitcoin continued its upward move this week, reaching a $21,400 price – a seven-week high – but the most intriguing is that it held its $20,000 support well, even after a mixed Fed signal. The asset was also less volatile than the US Stock exchange this week, as the Fed decision had more effect on the Nasdaq and S&P 500 than Bitcoin. 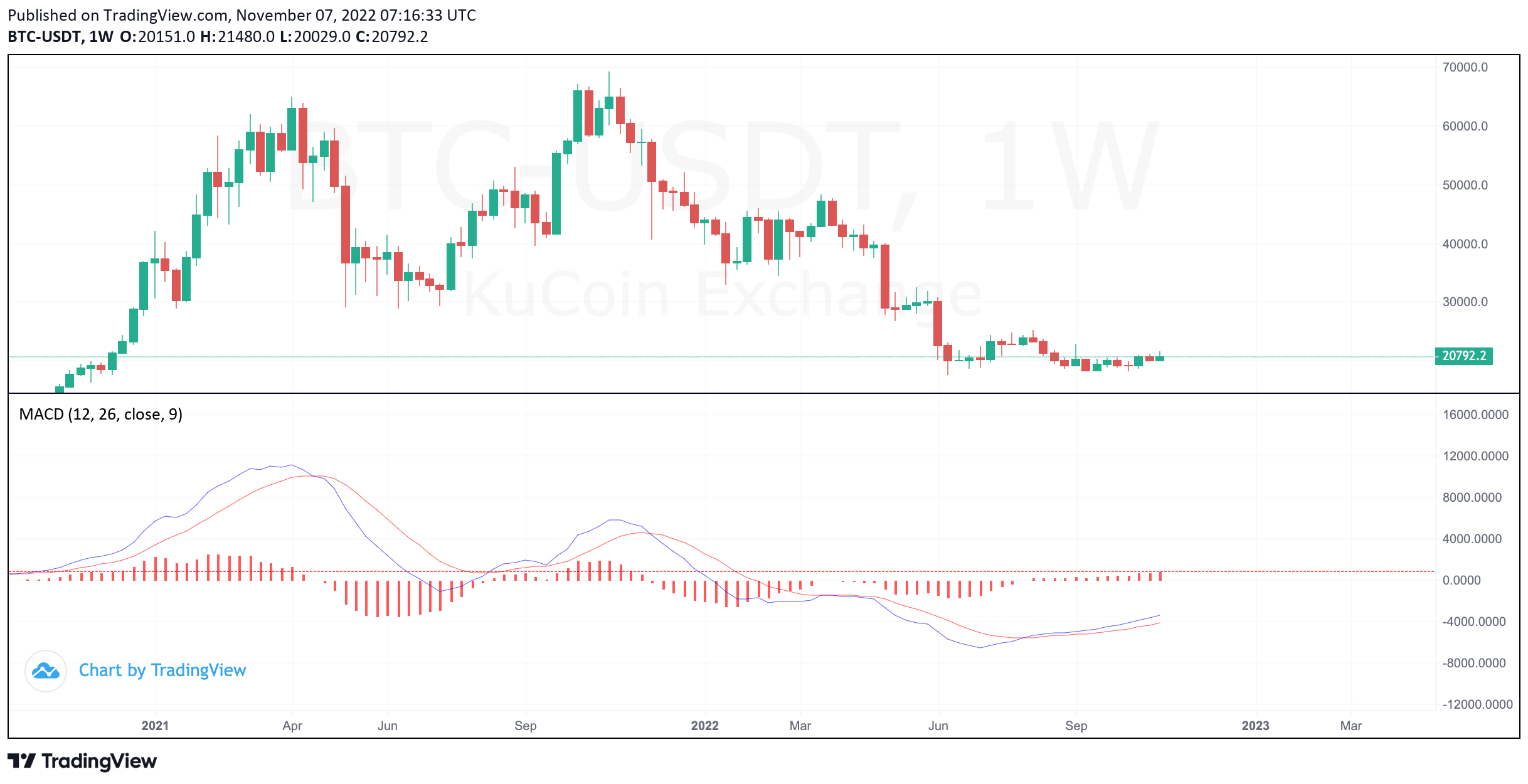 The moving average convergence-divergence (MACD) caused a stir this week as the weekly convergence turned green. Although it is not a standalone indicator, it is often one of the first signs of a bear market bottom. As seen in 2021, when the weekly MACD and 30-day MACD end green above the histogram, there is a high chance for a bull run.