To celebrate the first anniversary of KuCoin Trading Bot’s official launch and thank users for their support, the KuCoin team has released the Lomen NFT to share the joy of this milestone. 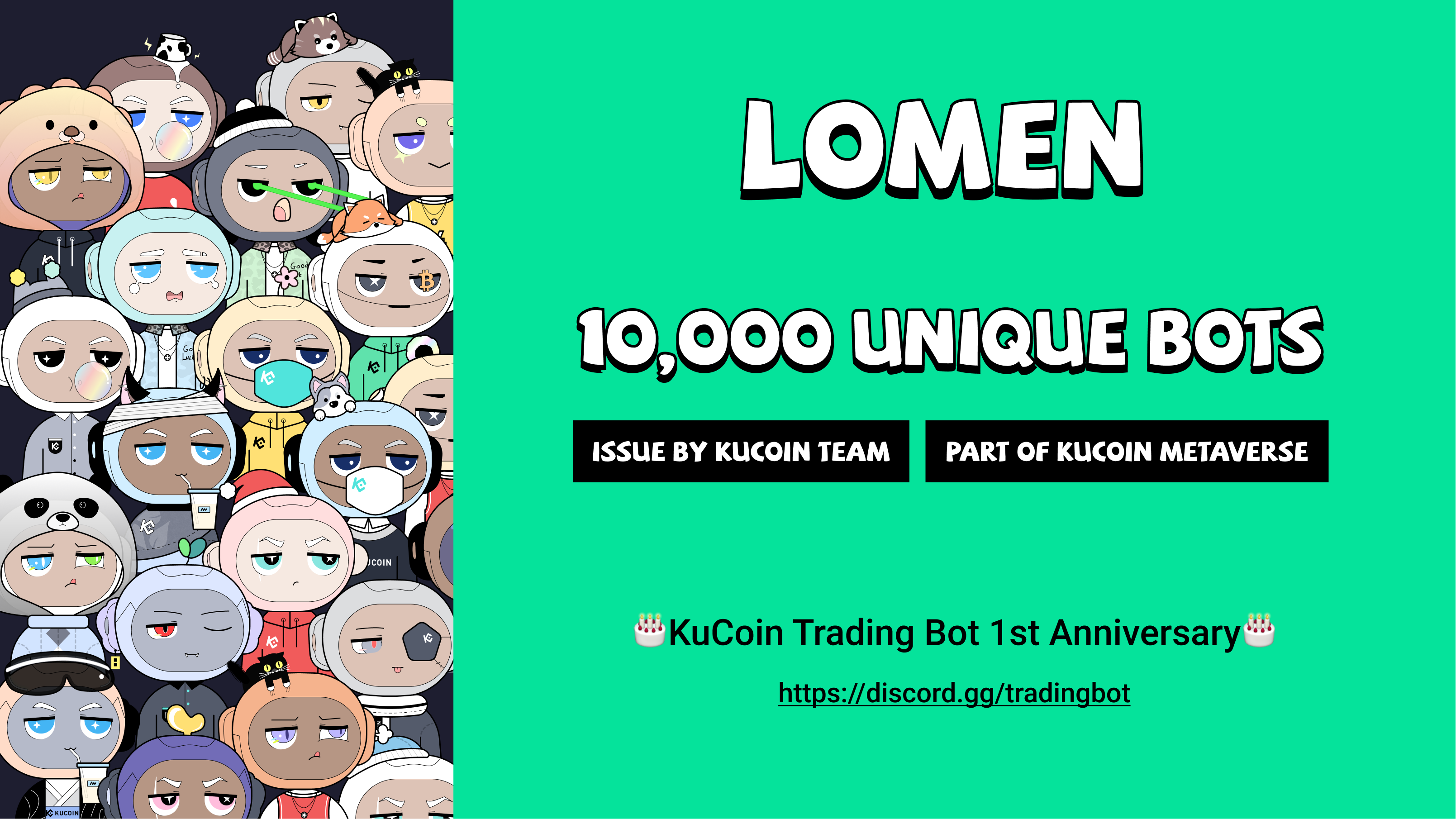 The system will rank the total trading volume of bots in 2021 of all users who have submitted their KCC wallet addresses and signed up for the KuCoin Trading Bot anniversary. We will distribute the Lomen NFT according to the final ranking at the end of the activity.

At the end of the activity, the system will rank the power of users who create Smart Rebalance Bot during the KuCoin Trading Bot anniversary activity and obtain a power according to the investment amount and running time. The top 3,000 users in power can get a Lomen NFT each and additional rewards. For details, click to see the anniversary activity .

The KuCoin team will hold a small amount of Lomen NFT.

After the KuCoin Trading Bot anniversary activity ends, winners can check their Lomen NFT on the activity page. The system will also distribute Lomen NFT to winners’ wallets according to their submitted addresses. Users do not have to pay the gas fee.

Related tutorials：
How to configure KCC network with MetaMask wallet

1. Users can participate in all activities above at the same time;

3. Rewards will be distributed within 15 working days after the activity ends;

4. The trading activity on the platform will undergo rigorous inspection during the activity. For any malicious acts conducted during the period, including malicious transaction manipulations, illegal bulk registration of accounts, self-dealing, etc., the platform will cancel the qualification of the participants. KuCoin reserves all rights to exercise at its sole discretion to define if the transaction behavior is counted as cheating behavior and determine whether to cancel the participation qualification of a user. The final decision made by KuCoin is with legal binding force to all participants who participated in the competition. Users hereby confirm that their registration and use of KuCoin is voluntary and is not forced, interfered with, or influenced by KuCoin in any way;

5. KuCoin reserves all rights to the final explanation of the event.