Join the KuCoin AMA with Sensorium, 2000 USD of SENSO to Give Away! 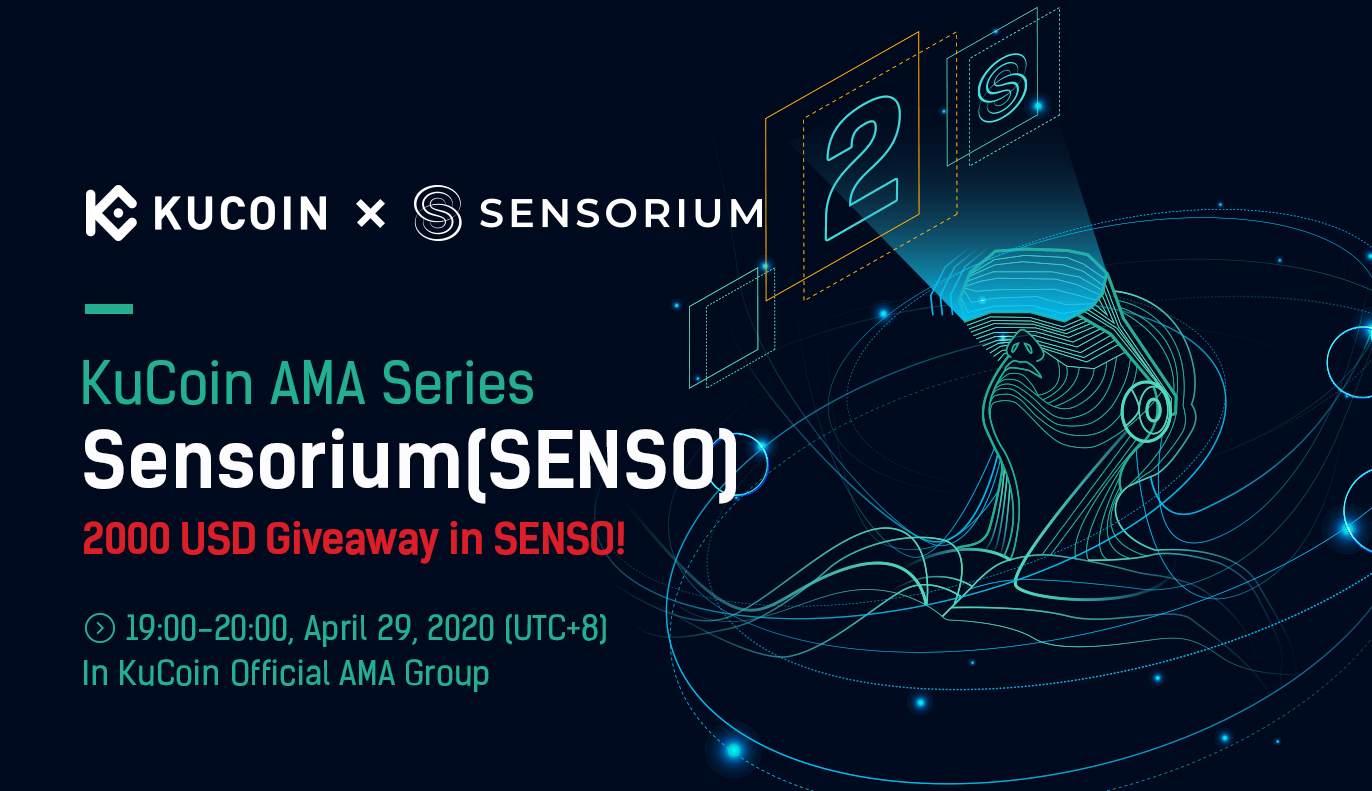 Starting at 19:00 this Wednesday, April 29, 2020 (UTC+8), in the KuCoin Official AMA Group, we will be holding the KuCoin AMA (Ask-Me-Anything) session with Sensorium (SENSO).

Alex Blagirev was the former Director of Innovations at Otkritie Financial Corporation, which has priorly been the largest private-owned bank in Russia.

They have previously received an award for being the most innovative bank in Central and Eastern Europe according to the Global Finance Magazine, 2017.

He managed the development of R3 in the CIS region, including the initial launch of R3 presence and later the launch of several projects on Corda.

He collaborated and formed with partners the FinTech Association (with over 20 major banks participating, including Central Bank as a co-founder) and designed the Masterchain – the first financial infrastructure for banking operations on blockchain in Russia, including the first banking transaction for digital identity on the blockchain between 5 Russian banks.

He became one of the earliest Chief Data Officers in Russia and wrote the first Russian business book about BigData (which hit the number 1 spot in the analytics bookstore, becoming a bestseller for 12 weeks). He is also an ambassador of GBBC (Global Blockchain Business Council).

The guiding principle behind Sensorium Galaxy is the disruption of digital isolation of modern social networks and content platforms. Social VR is the synthesis of the most advanced computing technologies: natural interactivity, breathtaking graphics, and worldwide connectivity.

With Social VR at its core, Sensorium Galaxy is set to remove the constraints of social networks and allow people from all over the world to take part in shared immersive experiences in the multitude of virtual planets.

The virtual planets of Sensorium are being created in collaboration with acclaimed artists, visionaries, and major entertainment partners. The unprecedented diversity of collaborators, representing different industries and themes, make Sensorium Galaxy the one-stop destination for multi-user immersion into entertainment experiences, learning, and self-discovery through its experiential worlds. It is an evolution of our digital lives.

Please fill out the form and include your feedback and KuCoin account after the completion of the AMA. We will randomly select 400 participants to enjoy a share of SENSO rewards equivalent to 2,000 USD. Please note that the form will close at 23:59:59 on April 30, 2020 (UTC+8), so please be sure to fill it out within those hours. All reward distributions will be completed in 15 business days.