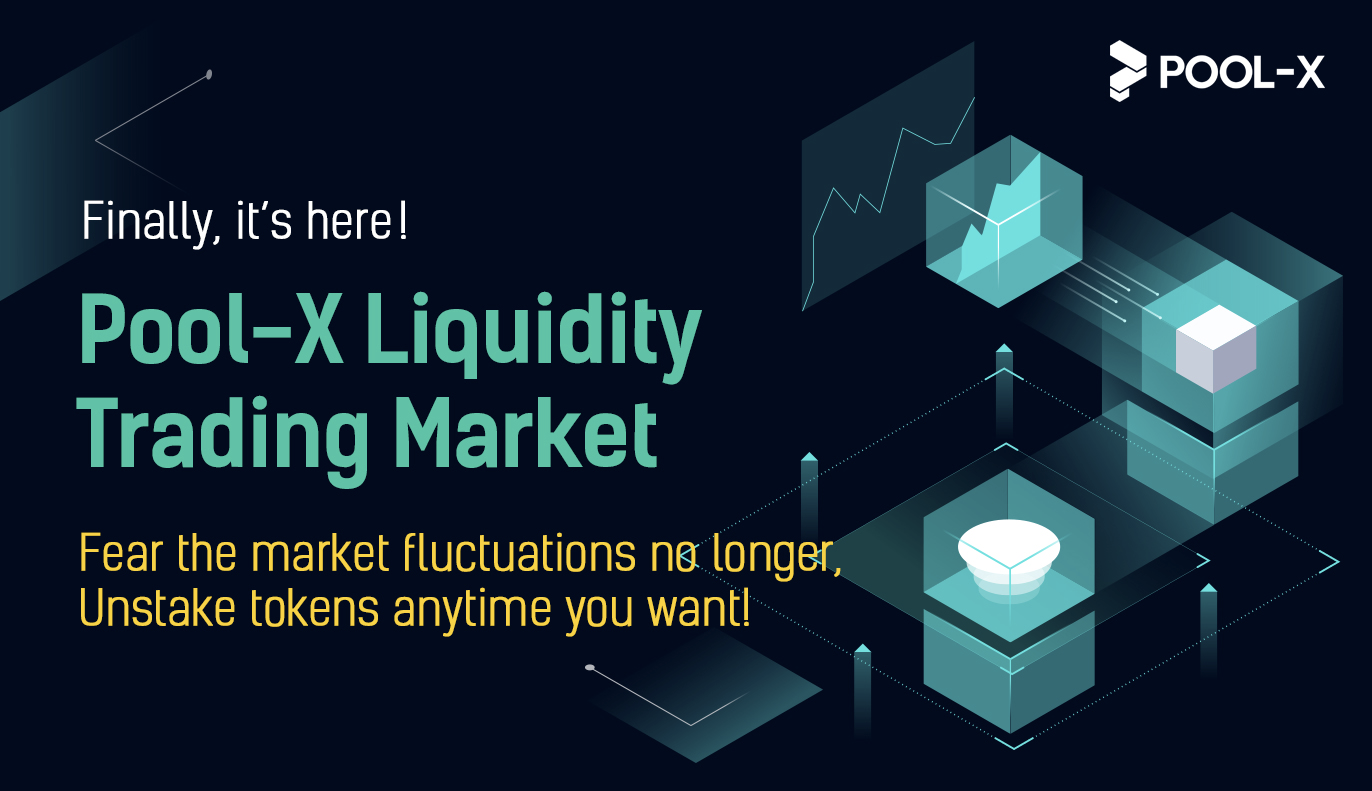 Pool-X, the next generation POS mining platform supporting lockup crypto transactions backed by KuCoin, today announced the launch of its Liquidity Trading Market. The market allows users to buy and sell staked digital assets, bringing more flexibility and liquidity to the staking economy. To celebrate the launch of the liquidity market on Pool-X, it will be running an activity where participants can get a share of 5,000 USDT.

The PoS (Proof of Stake) consensus algorithm was established in 2012 and has been developing rapidly in recent years. In 2019, the market cap of PoS tokens (excluding BTC) accounted for around 25% of the total market cap and is anticipated to reach 90% in the future. While PoS is becoming increasingly mainstream, there are many factors that could stop people from staking, and the liquidity risk during the staking period is one such factor.

Take ATOM, one of the most popular PoS tokens, as an example. On most staking platforms, to earn staking rewards, ATOM must be delegated to a validator. In order to transfer ATOM once it has been delegated, it must first undergo a 21-day “unbonding” period. This means that if the user wished to trade ATOM, they would have to first unbond them and wait three weeks before trading. Given the high volatility in the crypto world, these traders would suffer if a dump in the token price occurs during the unbonding period, as they would be unable to respond. It is for situations such as this that Pool-X has developed the Liquidity Trading Market.

Through Pool-X’s Liquidity Trading Market, users will be able to trade their staked assets with their non-staked, tradable counterparts, paying a certain amount of POL for the trading fee. Say you have chosen “TRX-30 Days” on Pool-X and you want to sell the staked tokens when there are still 20 days left to maturity. What you can do is to sell the staked TRX in the Liquidity Market, pay some POL as the trading fee and get the same amount of unstaked TRX that is immediately tradable.

“We firmly believe in the future of PoS and the staking economy, though there are currently many pain points that hinder the popularity of staking, including a high barrier of entry and the associated risks like the liquidity risk, to name a few.” Johnny Lyu, co-founder of KuCoin, commented, “The goal of Pool-X is to bring liquidity to the PoS and staking markets, and the Liquidity Trading Market we launched today is a great move in that direction. When people realize that they can enjoy both staking rewards and high liquidity in one place, a boom in the staking economy can be expected.”

Pool-X was officially released in August 2019 as a PoS mining platform incubated and independently operated by the KuCoin team. By supporting lockup-crypto transactions, it aims to stimulate the future development of the PoS ecosystem. Services offered by Pool-X include, but are not limited to, a Liquidity Trading Market, Node Supermarket, and operational solutions.

POL (Proof Of Liquidity) is a decentralized zero-reservation credit issued by the Pool-X mining platform and is based on TRON’s TRC-20 protocol. They have a total supply of 1 billion. POL serves the role of credits for Pool-X, helping to record the flow of liquidity certificates and working as the payment method for liquidity bids. Ultimately, POL was created to cope with the inadequate liquidity of staked crypto assets. Due to their nature, zero reservations of POL are to be provided to the team or any individual upfront.