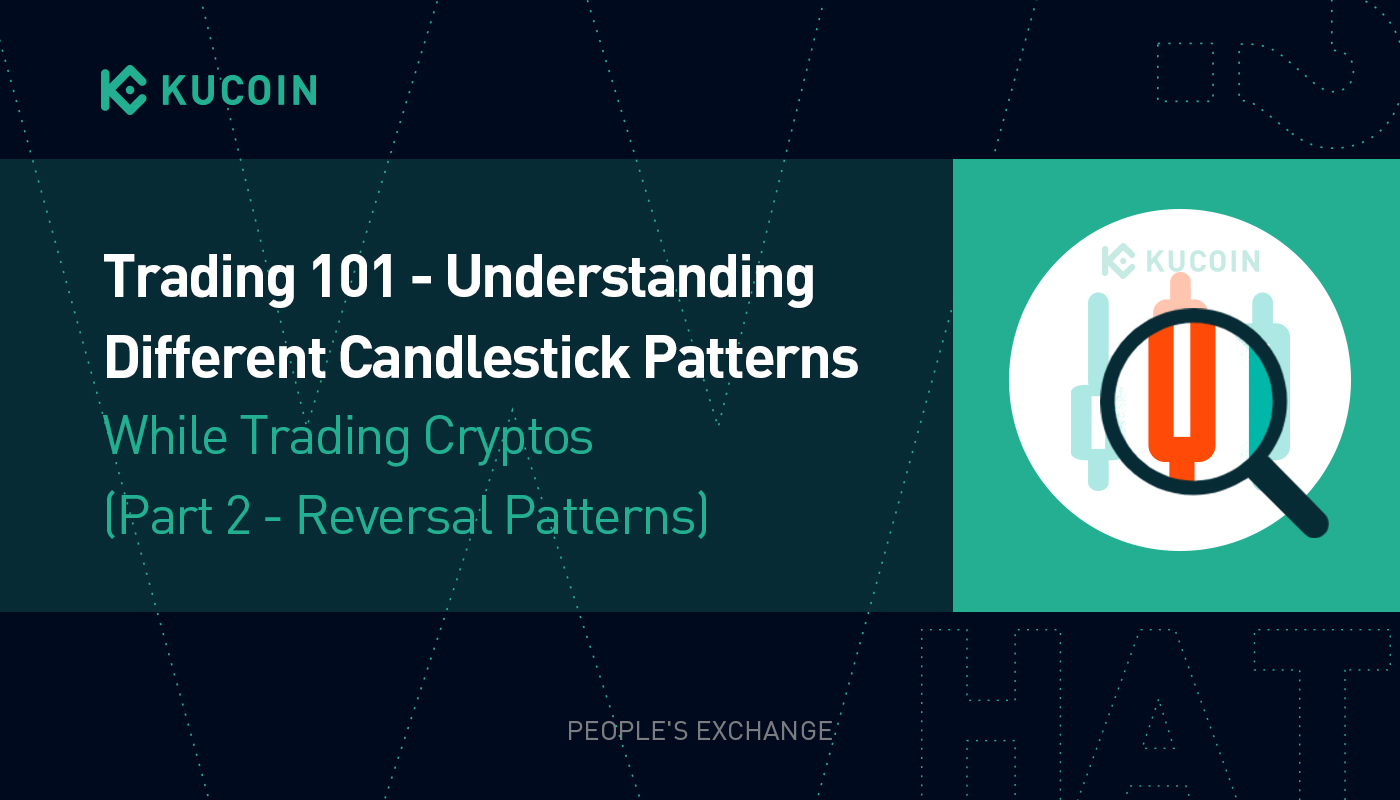 All the candlestick patterns involved in crypto technical analysis fall into two categories - trend continuation and trend reversal patterns. True to their name, continuation patterns indicate a short intermission after which the price movement is intended to continue moving in its original direction. We have already discussed a few reliable continuation patterns like this in our previous article.

Although trading candlestick patterns might seem simple, discovering a new pattern is a complex process involving a considerable amount of back-testing and statistical analysis. While using chart patterns for trading cryptos, the primary goal is to distinguish between various patterns and identify them as soon as they are formed. In this article, let’s discuss a few trend reversal patterns to trade the crypto market effectively.

Therefore, as soon as these patterns appear, the established trend will cease, and the coin’s price will travel in a different direction as new momentum arises from the other side. Now let’s discuss a few notable trend reversal patterns that crypto technical traders are using.

The hammer is a single-stick bullish reversal pattern that appears at the bottom of a downtrend. Hammer typically forms when the crypto asset's opening price and closing price remain almost the same in a given time period. The basic structure of a hammer pattern consists of a candle with a shadow more than twice its body. 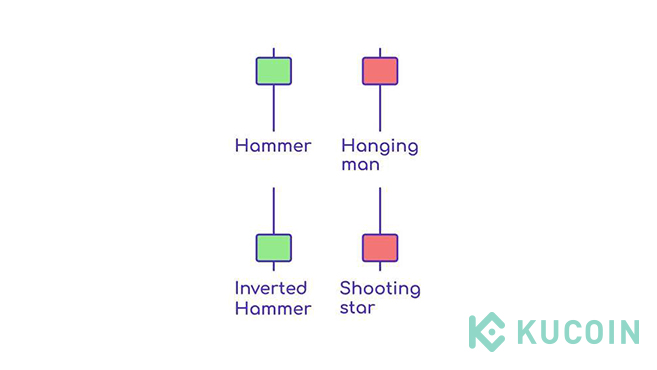 Another variation of the bullish hammer is the inverted hammer candlestick that signals a bullish reversal. As the name suggests, the candlestick formed is an inverted hammer, with a long upper wick and a small body. In the below Binance Coin price chart, we can see the formation of the hammer and the subsequent reversal of the trend.

A spinning top is a single candlestick pattern with a short body vertically centered between long upper and lower shadows. The formation of this pattern represents indecisiveness in the market. It means that either buyers or sellers could establish a clear trend, and the market could go either way. 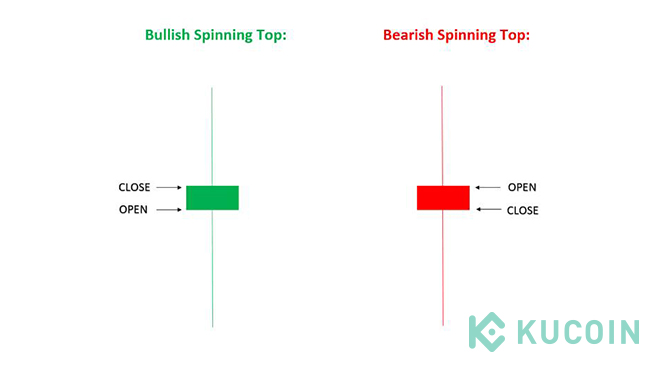 In the below Ripple (XRP) chart, we can see the formation of a Spinning Top candlestick pattern at the top of an uptrend indicating a clear trend reversal.

The word "Doji" is derived from a Japanese term that means "mistake." It is a candlestick pattern that looks like a cross with a minute difference between the opening and closing prices. A Doji candle is formed when the buyers try to drive the prices up while sellers renounce the higher price and push it back down simultaneously. As a standalone candle, a Doji is a sign of high indecision in the market, but it can be a sign of an impending reversal when considered along with the prevailing trend. 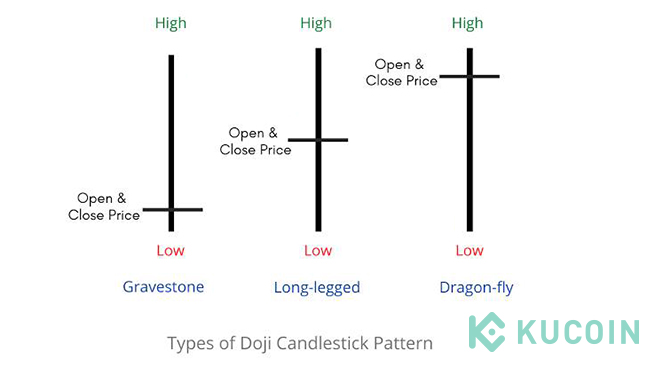 In the below Ethereum chart, we can find the appearance of Doji reversing the prevailing market trend.

A double top is a bearish reversal pattern that forms only during an uptrend. The pattern is characterized by two consecutive peaks in price lying on the same horizontal level, resembling an 'M' shape. The double bottom pattern is essentially a mirror reflection of the double top pattern. While the double tops are formed during a strong uptrend, the double bottom is formed in a downtrend. Two consecutive valleys characterize the pattern on the price chart lying on the same horizontal level. A double bottom accompanied by increasing trade volume indicates a bullish reversal.

We can see the trend reversing after forming a double top pattern on the Matic price.

The below chart featuring Bitcoin is a good example of the formation of a double bottom pattern.

Three black crows are the exact opposite of the three white soldiers that appear at the end of an uptrend, indicating a bearish reversal in the market. The three black crows are formed by three consecutive long body candlesticks, with each one closing below the previous one.

They indicate the end of an uptrend and the bears taking control over the market by driving the price down, signaling the onset of an aggressive downtrend. 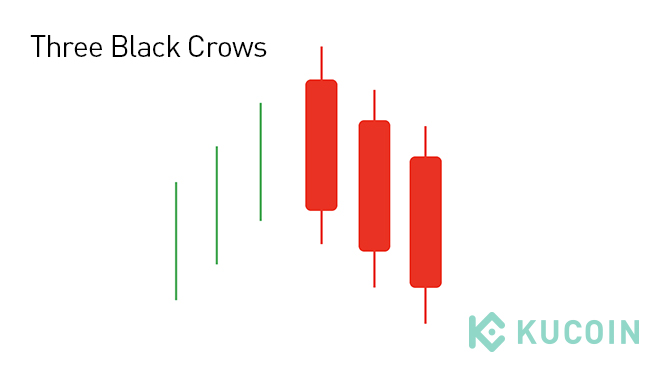 The below price chart is a great example of the appearance of the Three Black Crows pattern and its subsequent trend reversal. 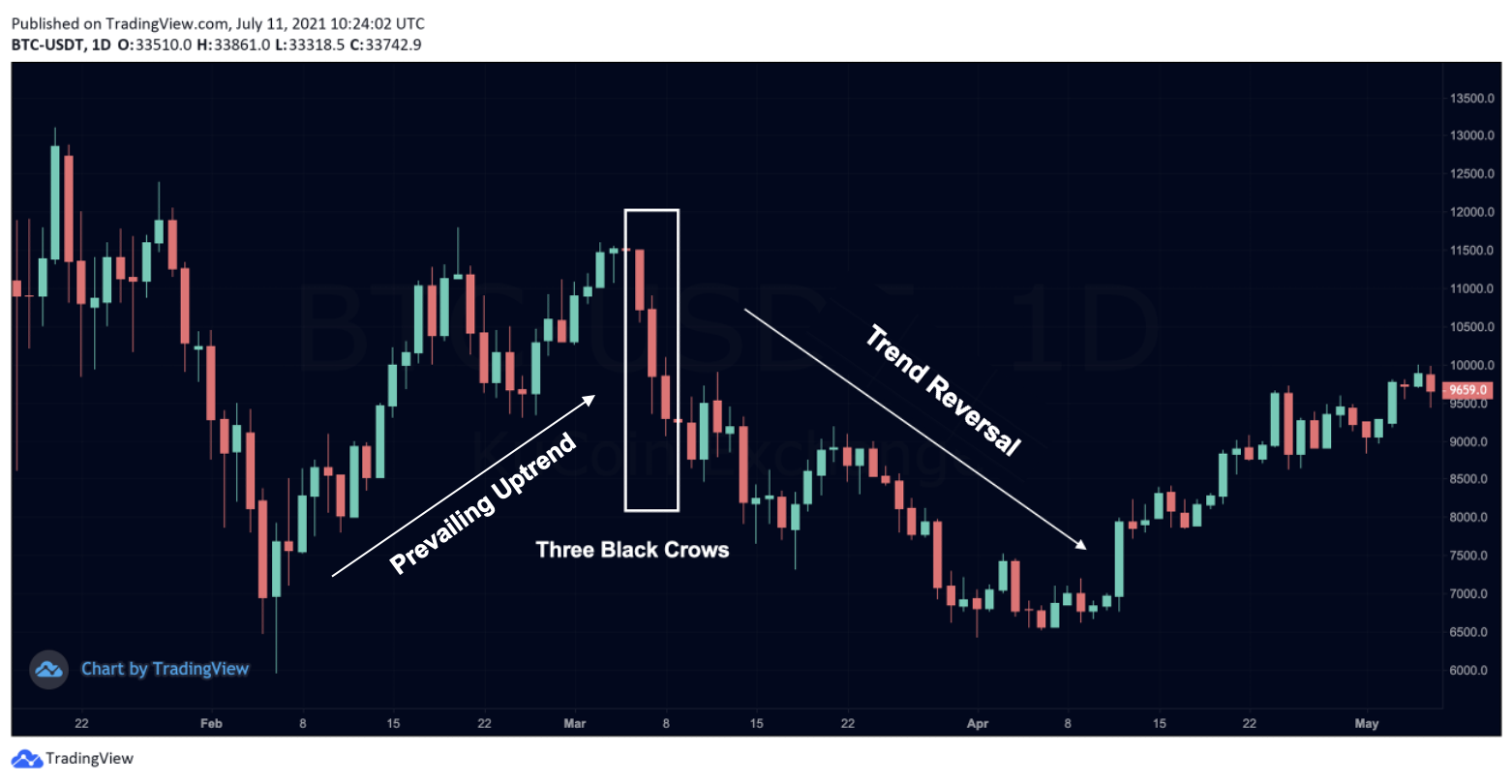 The primary purpose of this article is to give you a fair idea of what reversal candlestick patterns are and their relative impact after appearing on a crypto price chart. It is crucial to know that there are various rules to follow while trading these patterns.

All of the patterns mentioned above have an extensive set of rules for them to be valid. So please do consider performing your research to get a better understanding of those rules. Also, do consider checking out our crypto trading bot to step up your trading game. All the best.

Sign up with KuCoin, and start earning a profit on your trades and investments today!