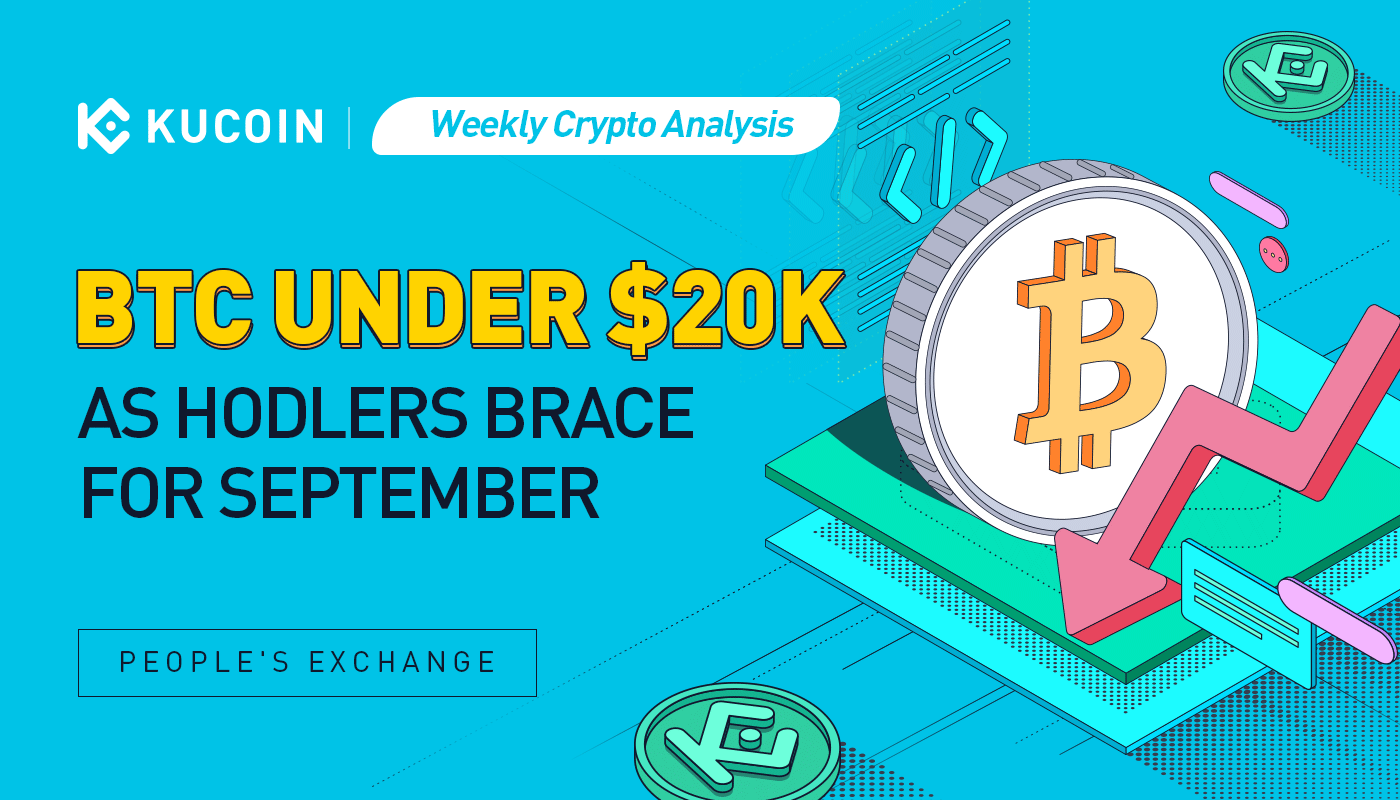 The past week has brought the crypto market nothing but losses, with only a couple of cryptocurrencies managing to not lose their value. The overall cryptocurrency market volume in the past 24 hours came up to $66.73 billion - close to $10 billion less than the previous week.

The overall crypto market cap fell below the $1 trillion mark, now totaling $953.14 billion. This ended up being a decrease of 190.7 billion compared to the previous week.

Bitcoin's drop below the $20,000 mark provided a quick shock to the market, causing more people to believe that another leg down is up ahead. BTC’s dominance is steadily declining, now standing at 38.66%. This came as a result of several cryptocurrencies maintaining their price decrease lower than the largest cryptocurrency. The most valuable cryptocurrency pair, BTC/USDT, is currently trading at $19,786.11, while Ethereum, the second-largest cryptocurrency by market capitalization, has fallen to 1,444.75, down 10.78% in the last week.

US Stocks Lost $1.25 Trillion in Just One Day

Fed Chair Jerome Powell has suggested that larger rate hikes were definitely on the table despite recent data hinting that inflation was already slowing down. As a result of this, investors rushed to cut their riskier investments.

This resulted in the S&P 500 closing down 3.4% on Friday, hitting its lowest levels since late July. The Nasdaq Composite Index didn’t perform much better, as it dropped by 4%. Overall, the US stock market lost more value in one day than the entire market cap of the cryptocurrency market.

Input Output Hong Kong (IOHK), the blockchain company in charge of development for the Cardano network, stated that the Vasil hard fork is “ever closer.” IOHK shared its latest Vasil hard fork status, and posted updates on its three critical mass indicators, which determine the date of the upgrade.

The company indicated that they are looking for 75% of mainnet blocks produced by nodes running the 1.35.3 version, around 25 exchanges upgraded, as well as the top ten key mainnet decentralized applications (DApps) also upgrading to the new version.

When it comes to the current upgrade status, we are looking at around 50% of the transition finalized, with 50% to go until the Vasil hard fork goes live.

One of the largest gainers in the past weeks was none other than the US dollar. The currency has managed to increase its value, thus hitting a 20-year high. On the other side of the world, the euro has suffered massive losses and lost parity with the dollar.

The US dollar’s surge has historically been a bad indicator for the price of Bitcoin - in fact, the two have a strong inverse correlation.

The marketplace processed nearly $5 million worth of NFT transactions yesterday, which came up to around 99% less than its record high of $405.75 million on May 1. The massive decline in daily volumes came as a result of two factors:

OpenSea’s user count has seen a massive drop over the past 90 days, with floor prices hitting yearly lows. The greatest example of this is the floor price of the Bored Ape Yacht Club, which dropped by 53% to 72.5 ETH on Aug 28 versus a high of 153.7 ETH on May 1.

The fear and greed index has pushed back down from the past week, moving from 45 all the way down to 24. The indicator now indicates “extreme fear,” caused by the sudden drop of Bitcoin and other cryptocurrencies. 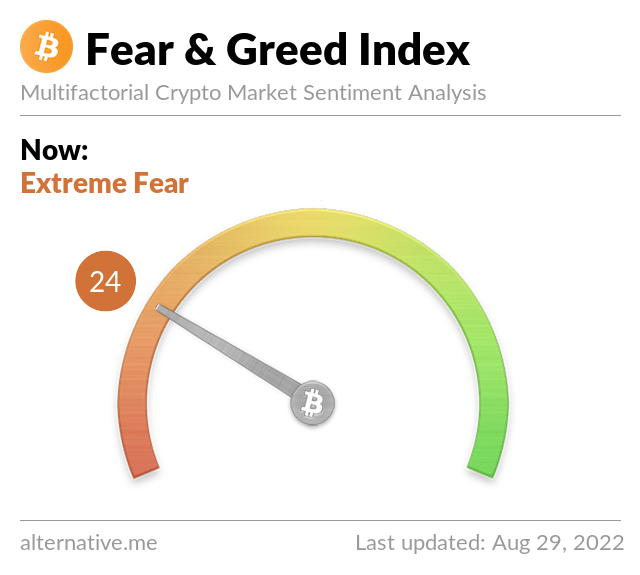 Bitcoin (as well as the rest of the cryptocurrency market) has had a horrible week after Jerome Powell’s announcement that the FED may keep rising interest rates. This statement caused the US stock market to erase over $1 trillion, while Bitcoin tanked and managed to drop below $20,000.

Bitcoin is now around 70% lower than its November 2021 all-time high of $69,000. The current sharp movements occurring in Bitcoin are not caused by technical indicators, but rather by news and announcements coming mostly from the west.

However, while it is true that the market is now ruled by fundamental and sentiment indicators, let’s explore the technical side of BTC as well.

Bitcoin has managed to drop below the large 23.6% Fib retracement sitting at $22,845, thus triggering a sell-off. With the price dropping once again, the largest cryptocurrency by market cap has formed another (much smaller) Fib retracement. BTC is now testing its bottom, sitting at $19.408.

When it comes to support and resistance levels, Bitcoin is likely to encounter resistance to the upside at an area between $20,750 and $21,620. On the other side, analysts state that traders should watch out for $19,400, as this is the only level separating Bitcoin from the $17,550 level.