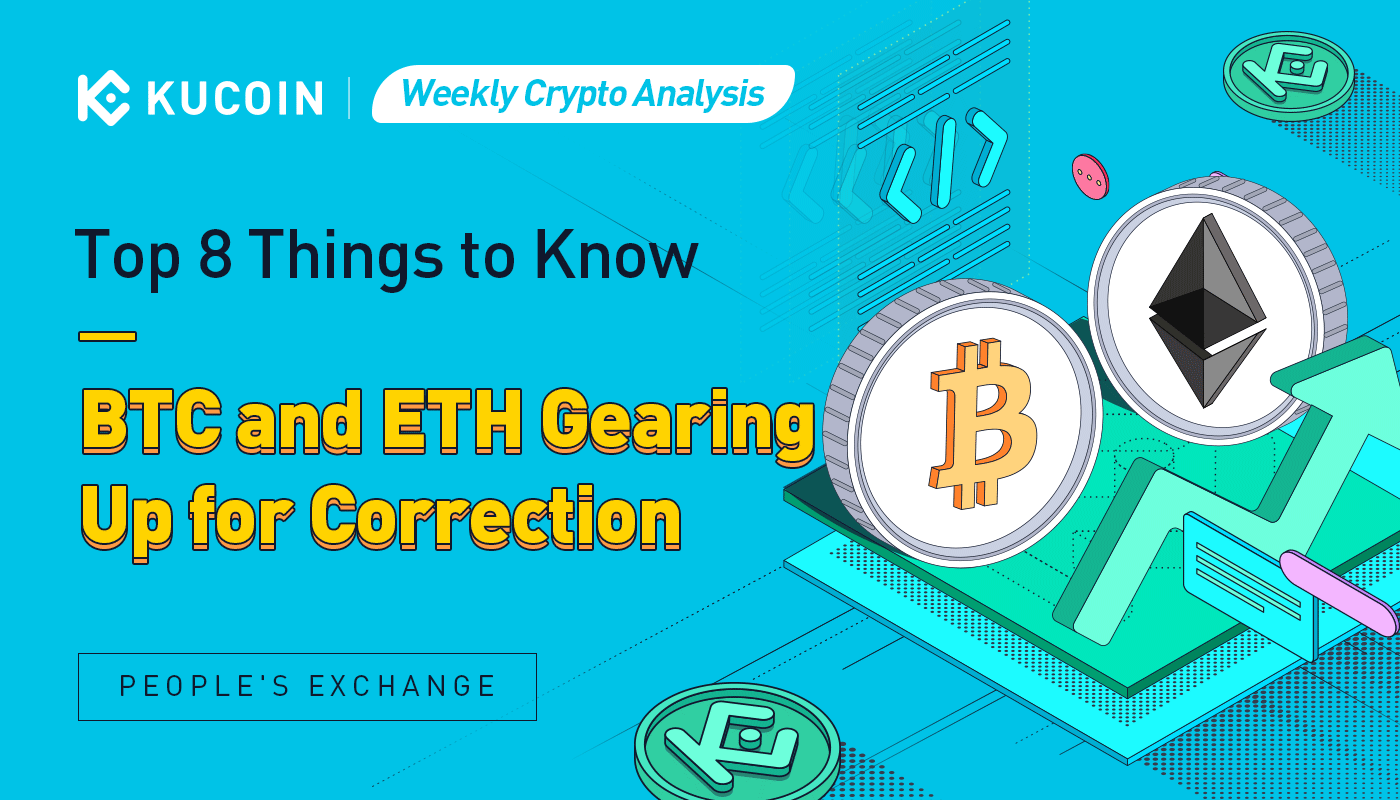 Bitcoin's dominance has remained mostly unchanged, with a slight increase from 44.4% last week to 44.5% today. The leading cryptocurrency pair, BTC/USD, is trading at $30,164, while Ethereum, the second-largest cryptocurrency by market capitalization, has risen to $2,028.39, up 2.97% in the last 24 hours. 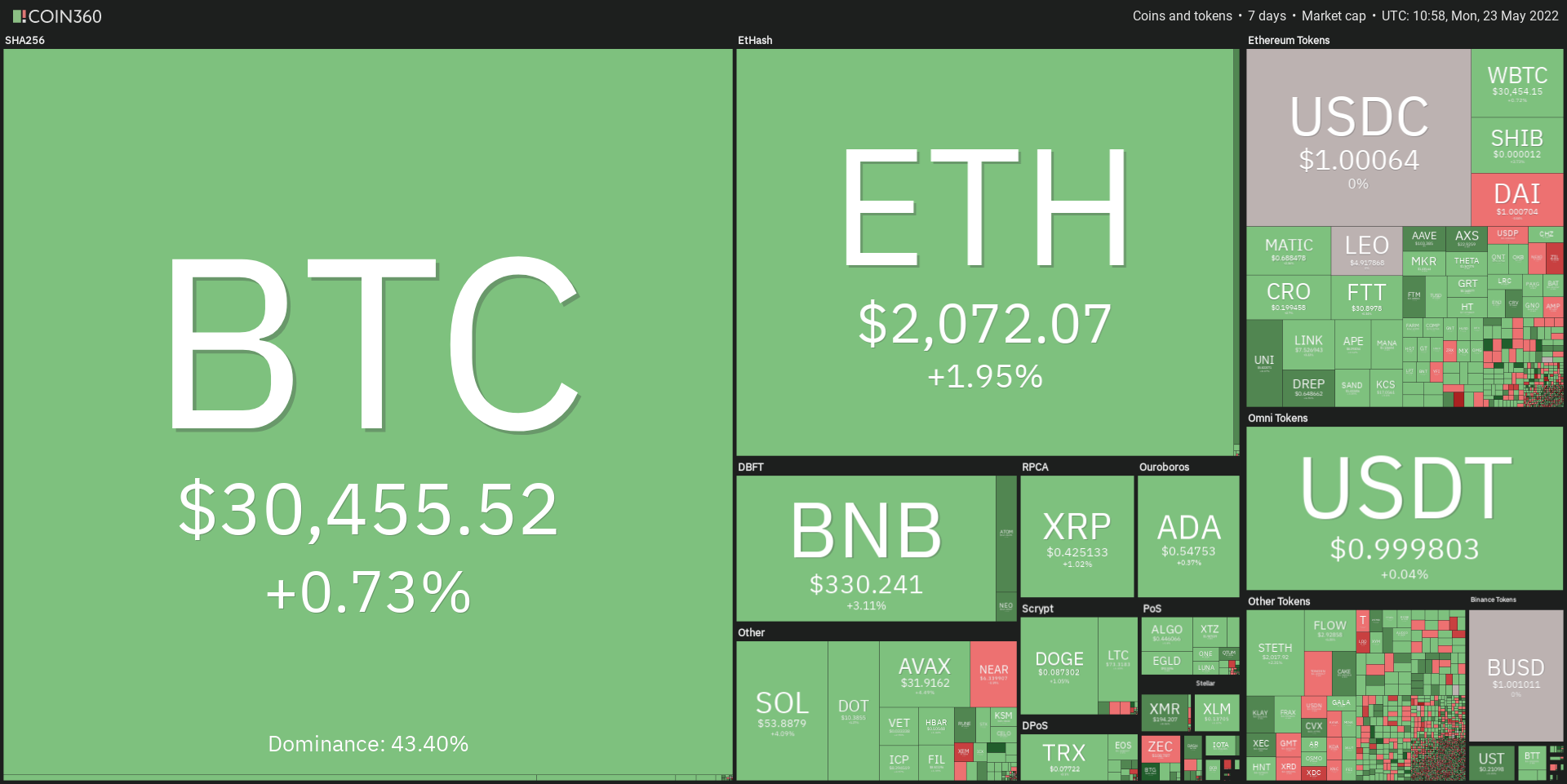 The crypto market's trading sentiment has shifted negatively due to risk-off sentiment, and digital assets are struggling to rise.

According to the stablecoin issuer, its commercial paper holdings fell by 17% in Q1 2022, from approximately $24 billion to $20 billion, with an additional 20% reduction to be reflected in the firm's next quarterly report. Tether also increased its holdings of money market funds and US Treasury bills by 13% during the same quarter, from around $34.5 billion to $39 billion.

According to the company, the average rating of its commercial paper and certificates of deposit has risen from A-2 to A-1, while secured loans have decreased by $1 billion. Consequently, the USDT has gained 0.03% to trade at $0.9991, However, it is still not matching the peg level of $1, which may cause concern among most investors. Overall, the Q1 2022 report boosted USDT and may help support its price.

Ethereum Climbs Back Above $2K, Investors Hope for $4K Soon

Ether rallied to a high of $2,100.80 after falling below the 50-day exponential moving average line. On the 4-hour timeframe, Ether has completed 50% Fibonacci retracement near the $2,079.09 level, and it's struggling to slice through this level. The rise in Ethereum today is attributed to bulls using the current support of $1,950 as a starting point for their moves.

Furthermore, the ETH/USDT has already crossed the RSI 50 ceiling, and the RSI value is now near 61, indicating that the uptrend is continuing. Although some of the earlier bulls may have cashed out, the bears are likely to continue putting pressure on the pair as the week progresses.

On a monthly timeframe, the ETH/USDT pair has completed a 61.8% Fibonacci retracement at $1,900. Failure to break through this level usually results in a bullish reversal. So, it's making the market more optimistic, and the ETH price may stay above $1,900. On the upside, ETH/USD is facing major resistance at $2,500 and $3,735; if these are breached, ETH exposes itself to $4,000 and even $4,887 in the long run.

Concerns about the Federal Reserve's monetary policy and the economy and the renewed threat of more stringent regulatory oversight strained support for bitcoin and the broader market.

The Federal Open Market Committee (FOMC) Meeting Minutes are a comprehensive record of the committee's policy-setting meeting, which took place about two weeks ago.

The minutes provide detailed insights into the FOMC's monetary policy stance, so currency traders carefully examine them for clues about the outcome of future interest rate decisions.

The US Federal Reserve will release its Meeting Minutes later this week, on Wednesday. Investors will be watching it to speculate on the dollar's demand and its eventual impact on crypto pairs.

StepN (GMT), an application that allows users to walk and run to earn tokens, has swiftly become a household name in the play-to-earn blockchain gaming, or GameFi, the world since its December launch. StepN's co-founder Jerry Huang told TechCrunch that the app now has two to three million monthly active users worldwide.

That figure is nowhere near the hundreds of millions of players enjoyed by popular web2 titles, but it's a significant milestone for a five-month-old app in the world of cryptocurrency. StepN's native token GMT market cap is around $860 million as of today.

Although risk-off sentiment has waned and the crypto market is in a bullish correction, the crypto fear and greed index signals "extreme fear" among crypto traders.

As discussed in the Weekly Crypto Analysis - May 16, extreme fear can indicate overly concerned investors and oversold cryptocurrency markets. Typically, investors look for a buy entry at this point because the coins are already cheaper. So, as the bulls are expected to enter soon, look for buying opportunities.

Although risk-off sentiment has waned and the crypto market is in a bullish correction, the crypto fear and greed index signals "extreme fear" among crypto traders.

WEF 2022: Blockchain and Digitization in Highlights at Davos

The World Economic Forum (WEF) annual meeting was scheduled for May 22–26, highlighting the first in-person WEF global leadership event since the pandemic got underway.

The annual meeting was originally scheduled for January but was later rescheduled as a virtual event due to increased COVID-19 infections during the winter. Major world leaders appealed for cooperation in addressing major global socioeconomic issues at the Davos Agenda 2022 virtual event, which took place from January 17–21, 2022.

This meeting is attracting 300 world leaders and hundreds of businesses and policymakers. More than 50 state and government leaders are expected to share their vision for the world among the 300 governmental representatives. Over 1,250 private sector leaders will attend, as will nearly 100 Global Innovators and Technology Pioneers — the world's most promising tech and business start-ups.

Blockchain technology, the involvement of central bank digital currencies (CBDCs), Web3, and nonfungible tokens are among the topics being discussed by world leaders (NFTs). We never know; this could be the primary driver of bullish sentiment in the cryptocurrency market this week. So let's keep an eye out for WEF updates as the event concludes on May 26.

On the 4-hour timeframe, the BTC/USDT has formed a symmetrical triangle pattern, indicating investor indecision. Market participants appear to be looking for a solid fundamental to determine Bitcoin's next trend.

In any case, the technical outlook for BTC/USD has shifted from bearish to bullish. The BTC/USDT has crossed above the 50-day exponential moving average (EMA) at $30,000 and is now on route to the next resistance level of $30,750. The RSI and MACD have crossed above the 50 and 0 levels, indicating a bullish trend.

On the downside, the leading cryptocurrency, Bitcoin’s immediate support stays at the $30,000 (Psychological support) level. A decline in demand and a bearish break below $30,000 expose Bitcoin to $29,600 or $28,730 support levels.