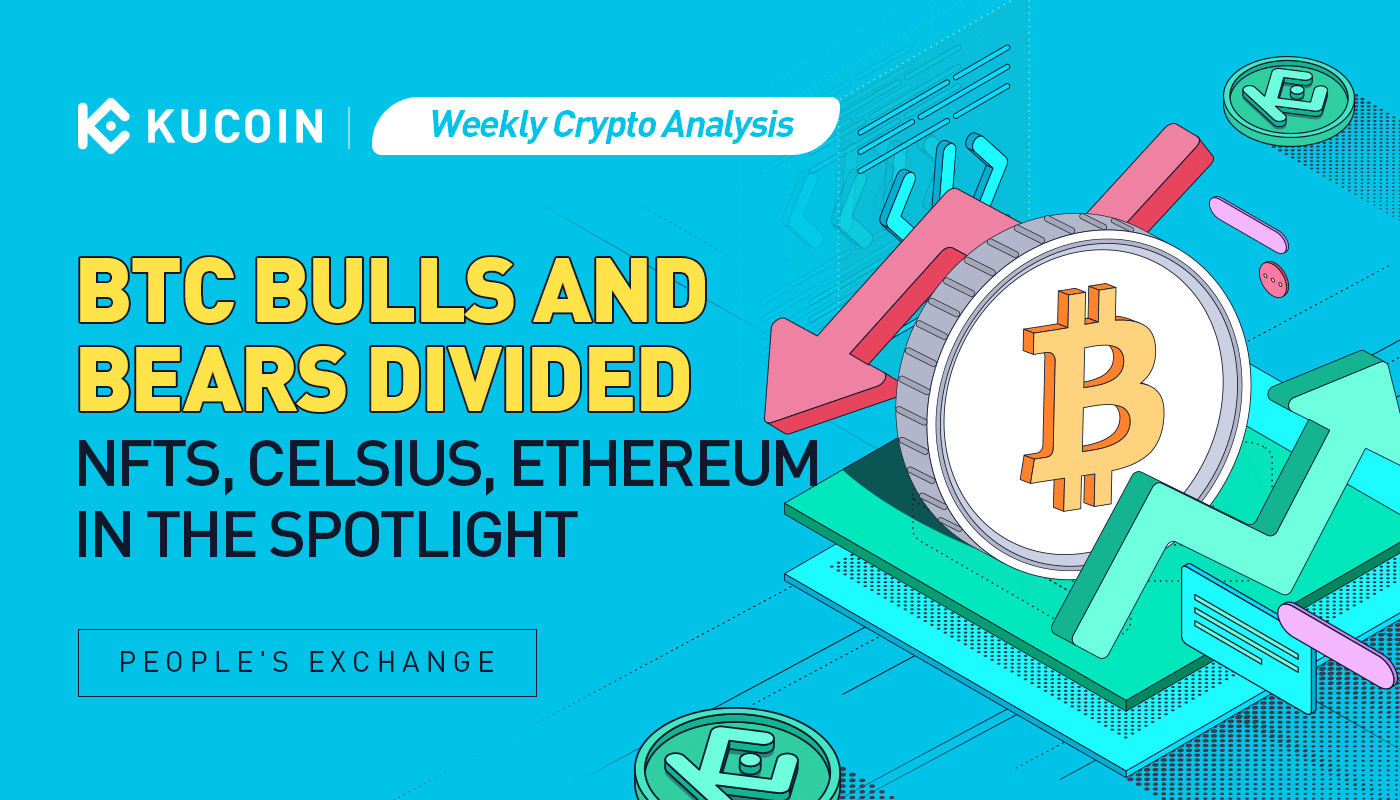 While Bitcoin has managed to gain a bit over 3% on the week, the fact is that the overall crypto sector prices are dictated and guided by the pessimistic mood caused by the global macro instability. The overall cryptocurrency market volume in the past 24 hours came up to $53,015 billion - a significant drop from the $69 billion from the past week. The overall crypto market cap remained under the $1 trillion mark, now totaling $937.13 billion.

As we mentioned in the previous report Bitcoin's drop below the $20,000 mark has shown to be definitive in the short term, and that has not changed in the new month. The the largest cryptocurrency by market cap is now trading just above the $19,000 mark, but ending up the past couple of days in the green overall. BTC’s dominance has been fairly stable, now standing at 38.48%.

The most valuable cryptocurrency pair, BTC/USDT, is currently trading at $19,353.82, while Ethereum, the second-largest cryptocurrency by market capitalization, has fallen to 1,317.07, up 1.75% in the past week.

The top performers from the previous week were Reserve Rights (RSR), which maintained its first spot two weeks in a row, as well as Quant (QNT), and Maker MKR). RSR has increased by 27.55%, while QNT gained 18.54% in the past seven days. Finally, MKR gained 15.75%.

Fumio Kishida, the prime minister of Japan, made a statement regarding Web3 technology on his Oct. 3 speech. Kishida noted that the government will be making efforts to promote Web3 services, including those dealing with NFTs, and the Metaverse.

He added that the government’s investment in the country’s digital transformation already included issuing NFTs to local authorities, as they attempted to use digital technology to solve challenges in their respective jurisdictions.

Another major thing he mentioned was the possibility of Japan attempting to digitize national identity cards.

The Bitcoin Lightning Network reached a major milestone in terms of its capacity. Bitcoin’s scaling solution managed to hit the capacity of 5,000 BTC, allowing for faster and cheaper throughput.

The Lightning Network allows users to send or receive Bitcoin to faster and with lower fees than they would on the main Bitcoin network. The more capacity and Lightning hubs on the network, the more liquidity is on hand. As a result, users can experience faster payment speeds and potentially larger transaction volumes.

While many have deemed it as a failure and an attempt to centralize Bitcoin, the network has slowly grown over the years, hitting 4,000 BTC capacity in June, and jumping to 5,000 BTC in October. Lightning Network’s main proof of work is its reliability and usability in El Salvador.

After the Ethereum network’s transition to proof-of-stake (PoS), staking Ether (ETH) now plays a central role in securing the network by being its one and only consensus mechanism. However, some community members believe that the staking process is too difficult for regular users.

Users mainly voiced their opinions on the difficulty of setting up the staking process, as well as how much bandwidth the staking itself consumes. Some noted that the bandwidth consumption puts people at risk of being shut down by internet providers, as well as that it may offset any potential gains due to an increase in internet cost.

However, other noted that staking is not intended to be an easy thing that every user should and could do; rather, it’s okay that the process requires a certain amount of knowledge and effort.

While the discourse is continuing on the Ethereum subreddit, the second-largest cryptocurrency by market cap is working on its new PoS consensus mechanism without any problems so far. In fact, the new mechanism has increased block production by just under 20% by reducing the average block time.

Celsius Network is back in the news as new information regarding its CEO, as well as its potential acquisition by FTX surface.

Celsius Network founder and former CEO Alex Mashinsky allegedly withdrew $10 million from the lending platform just weeks before the company froze all customer funds and declared bankruptcy. The withdrawal was cited by sources from the Financial Times who said Mashinsky withdrew the funds in “mid to late May.”

In other news, FTX founder and CEO Sam Bankman-Fried has shared a Twitter post containing details on how his firm would approach a buy-up of Celsius’ assets.

Bankman-Fried said his company isn’t trying to exploit the market by “buying assets at cents on the dollar,” and is instead focused on making customers whole again, stating:

“[The] goal isn't to make money buying assets at cents on the dollar, it’s to pay $1 on the $1 and get the $1 back to customers. If we were to get involved in Celsius, it would be the same.”

The fear and greed index has shown no intention of moving up, with the current number sitting at 24. The indicator still indicates “extreme fear,” caused by the up-and-coming recession that will most likely affect the world even more in the winter months. 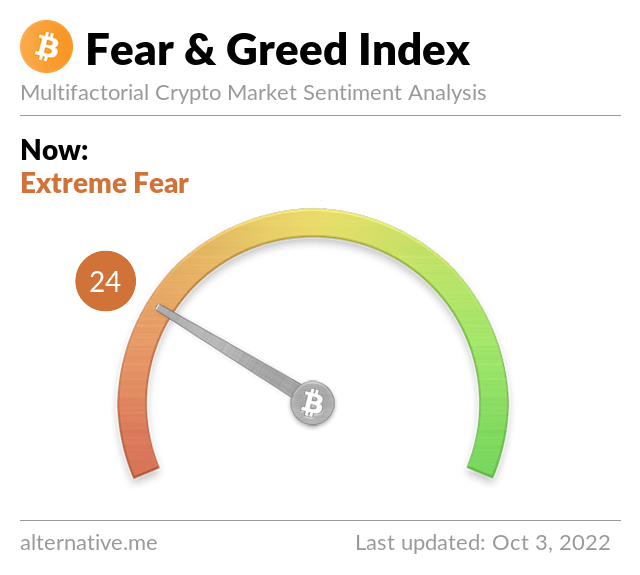 Bitcoin has been on a slight upturn after three red days, with its price bound by the 21-day moving average. While the price seemingly couldn’t push above the $20k mark, the largest cryptocurrency by market cap is now trying to stay above the $19,000 mark, possibly attempting one more push above the MA.