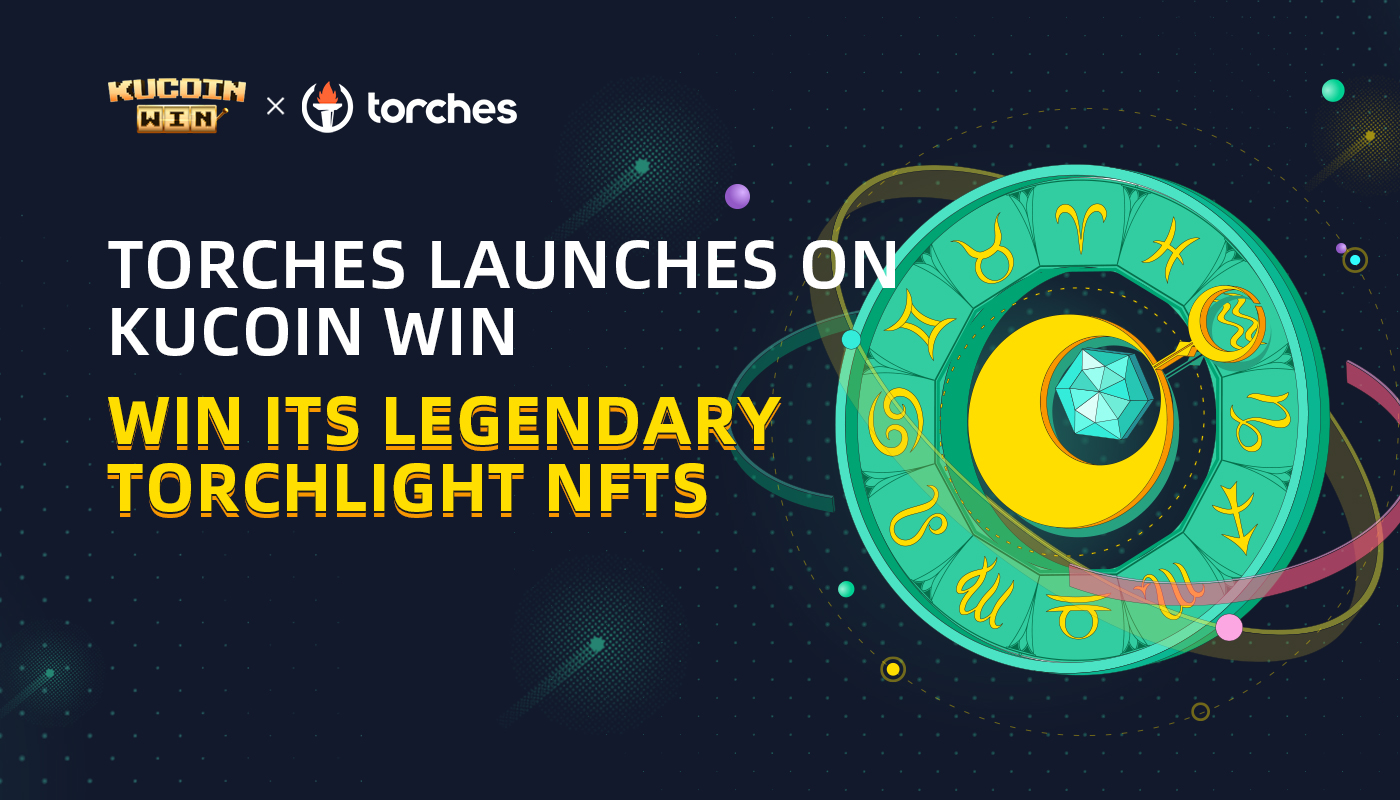 KuCoin Win, the most popular game hub of KuCoin Exchange, has announced the collaboration on August 3 with Torches, the NO.1 lending protocol based on KCC to organize a new Guardian Star activity. During the activity, Users can complete one lucky draw by paying only 3 USDT and a 100% win rate to obtain prizes, which include Torches Genesis NFTs and USDT gift boxes.

KuCoin Win is a KCS ecosystem platform launched by KuCoin, which allows participants to access promising projects at an early stage with a lower cost and fairer process. Torches, as the top decentralized lending protocol based on KCC, supports the mainstream crypto assets such as BTC, ETH, KCS, USDT, USDC, etc. In order to better serve investors, Torches has innovated an economic model where supplying and borrowing are rewarded with tokens. Currently, Torches has exceeded 10 million USDT in total supply and borrow within 30 days of launch.

From the new Guardian Star activity co-released by KuCoin Win and Torches, users only need to pay 3 USDT for a lucky draw to win the rewards which cover Torchlight and USDT. Torchlight, as the Genesis NFTs of Torches, can be used in multiple ways: In the MojitoSwap NFT Marketplace, users can trade directly with the floor price of Legendary Torchlight (SSR) around 350 USDT; From the $TOP mining activity, users can boost $TOP mining with up to a 900% mining rate by burning Torchlight NFTs. So far, the activity has entered the third round, and the first $TOP Boosting rewards have been airdropped on August 1st; Also, the IDO allocation of $TOR (Torches token) in the late stage will favor the Torchlight NFTs holders.

Eric Spark, the CMO of Torches Finance, said:“ As the lending protocol on KCC invested by KuCoin Ventures, Torches is expected to provide efficient, easy-to-use, and low cost lending services to users of KuCoin and the entire crypto world, aiming to improve everyone's asset utilization and accelerate the speed and breadth of value flows. Through the cooperation with KuCoin Win, users have the opportunity to obtain high-value Torchlight NFTs at lower cost, so as to further experience the decentralized ecosystem. In the future, we hope to cooperate with the KuCoin ecosystem to provide users with decentralized and centralized one-stop linking services.”

Torches Finance is a decentralized lending protocol based on KCC, supporting mainstream crypto assets such as BTC, ETH, KCS, USDT, USDC, etc. Users can earn TOR tokens by both depositing and lending assets on Torches Finance.

Launched in September 2017, KuCoin is a global cryptocurrency exchange with its operational headquarters in Seychelles. As a user-oriented platform with a focus on inclusiveness and community action reach, it offers over 700 digital assets and currently provides spot trading, margin trading, P2P fiat trading, futures trading, staking, and lending to its 20 million users in 207 countries and regions.

In 2022, KuCoin raised over $150 million in investments through a pre-Series B round, bringing total investments to $170 million with Round A combined, at a total valuation of $10 billion. KuCoin is currently one of the top 5 crypto exchanges according to CoinMarketCap. Forbes also named KuCoin one of the Best Crypto Exchanges in 2021. In 2022, The Ascent named KuCoin the Best Crypto App for enthusiasts.