KuCoin Weekly Technical Overview: Bitcoin in a Bullish Territory; But the Bears are Not Done Yet! 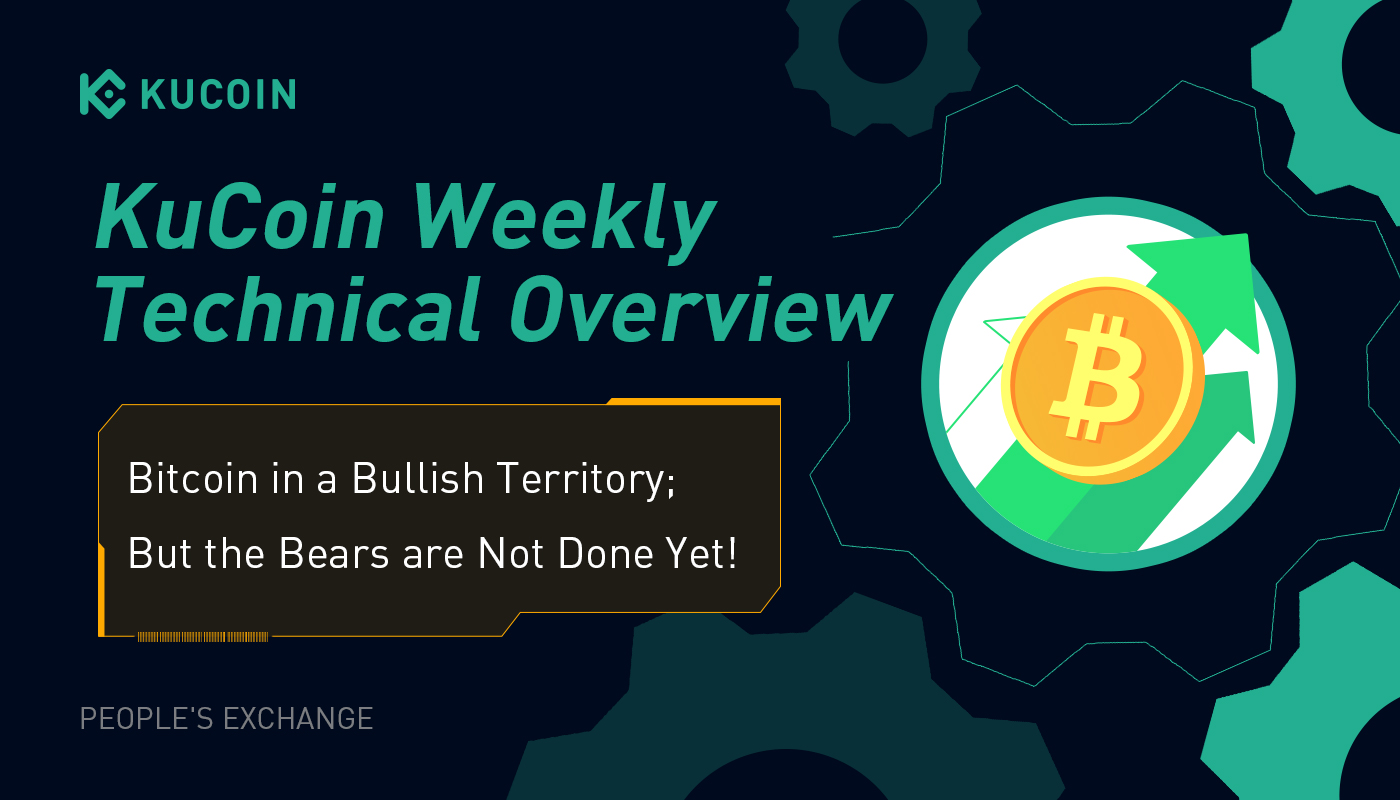 The Bitcoin market looks to be back in the bull game as the prices are gradually inching north. The major uptrend of Bitcoin that was observed back in 2020 is evident not in play, but it is also a sign of a maturing market. With the volatility reducing and the market stabilizing, trends with retracement much often are normal. Bitcoin is currently the best example of relatively stable crypto, as the prices respect levels irrespective of the external factors.

Amid the instant drop in the crypto market in the first week of September, the prices have gone into consolidation. The current consolidation has relatively been biased towards the buyers, as almost all cryptos are turning to the upside. As a matter of fact, surprisingly, Bitcoin is outperforming some of the compelling altcoin projects considering the current price trend.

After taking major support between the price range of $43,000 and $44,500, the buyers have finally stepped up and broken through the nearest resistance at $48,000. But the push from the buyers stood insignificant as the market ended up finding another resistance at $47,200. Ever since this high, the market went into another mini-consolidation.

Despite the momentum of the Bitcoin market being substandard, the popularity continues to gain. Based on the global online searches, it was observed that the keyword “Buy Bitcoin” crossed an average of over 200,000. And interestingly, this mark is 3x greater than the keyword “Buy Gold.”

Based on these figures, popularity is one inference, but the public's interest in Bitcoin over Gold is another. In 2021, as the mainstream is looking to hedge their assets against inflation, it is evident that they are showing more curiosity towards Bitcoin.

Bitcoin being adopted as a legal tender in El Salvador has been a large step in the crypto community. Ever since its adoption has gone official, the optimism on BTC has been rising.

Recently, the president of El Salvador took it to Twitter, expressing his optimism on the increased adoption of Bitcoin. Based on the president's tweet, approx. 1.1 million citizens are set to use the world's largest cryptocurrency as a legal tender in their country. With regard to the Chivo Bitcoin wallet, it was observed that over a million users have registered to the wallet in a matter of ten days, which is 17 percent of the country's population. Interestingly, the user base is continuously rising despite the fact that over half the smartphones do not have access to the Chivo wallet yet.

Furthermore, El Salvador now brings the third-largest network of cryptocurrency ATMs after the US and Canada. With a deployment of 205 crypto ATMs to facilitate local Bitcoin transactions and conversions, El Salvador has taken over the United Kingdom to claim the third spot.

Bitcoin has gotten back into its uptrend after taking support for the final time at $30,000. The push from the buyers came in aggressively that even managed to breach the strong resistance at $40,000. But, of course, the initial retracement from $42,000 and brought the price down to $38,000.

The second impulsive leg also started off strong but gradually turned weaker as it was approaching the psychological resistance of $50,000. They did inch higher in the form of a channel and reached this mark but got smashed down by the sellers at $52,000. The drop came with high intensity as the leveraged long positions were getting devoured on the way down.

The crash brought the price back to the $42,000 support zone, which had an instant recovery with a wick on the bottom. Despite the sellers ' plummeting the price, the market (buyers) reacting strongly from their demand zones clearly indicates that the uptrend is intact and the possibility here to stay.

However, the recovery went cold in the following trading sessions as the market began to consolidate a few thousand dollars above the support level.

As mentioned earlier, the recovery in Bitcoin started off on a strong note but got mild as days progressed. After forming the nearest resistance of $47,000, the buyers had been struggling to go past it for the longest time. In fact, the trajectory of the consolidation was more like a downward channel than a regular sideways range.

But on the third touch down to the bottom of the channel, the buyers attempted to breach past the resistance and were successful indeed.

Currently, the market is firmly holding above the resistance, forming into new support. But on the first reaction from the support, the price failed to make a higher high despite momentum being on the bulls' side. That being said, Bitcoin still remains to be a top performer in this recovery phase, as many other cryptos have dipped back into the range.

Stay tuned and watch the KuCoin Blog for more interesting educational crypto content. All the best!