Trading 101: The History of Trading Bots - What Led Us to Where We are Today 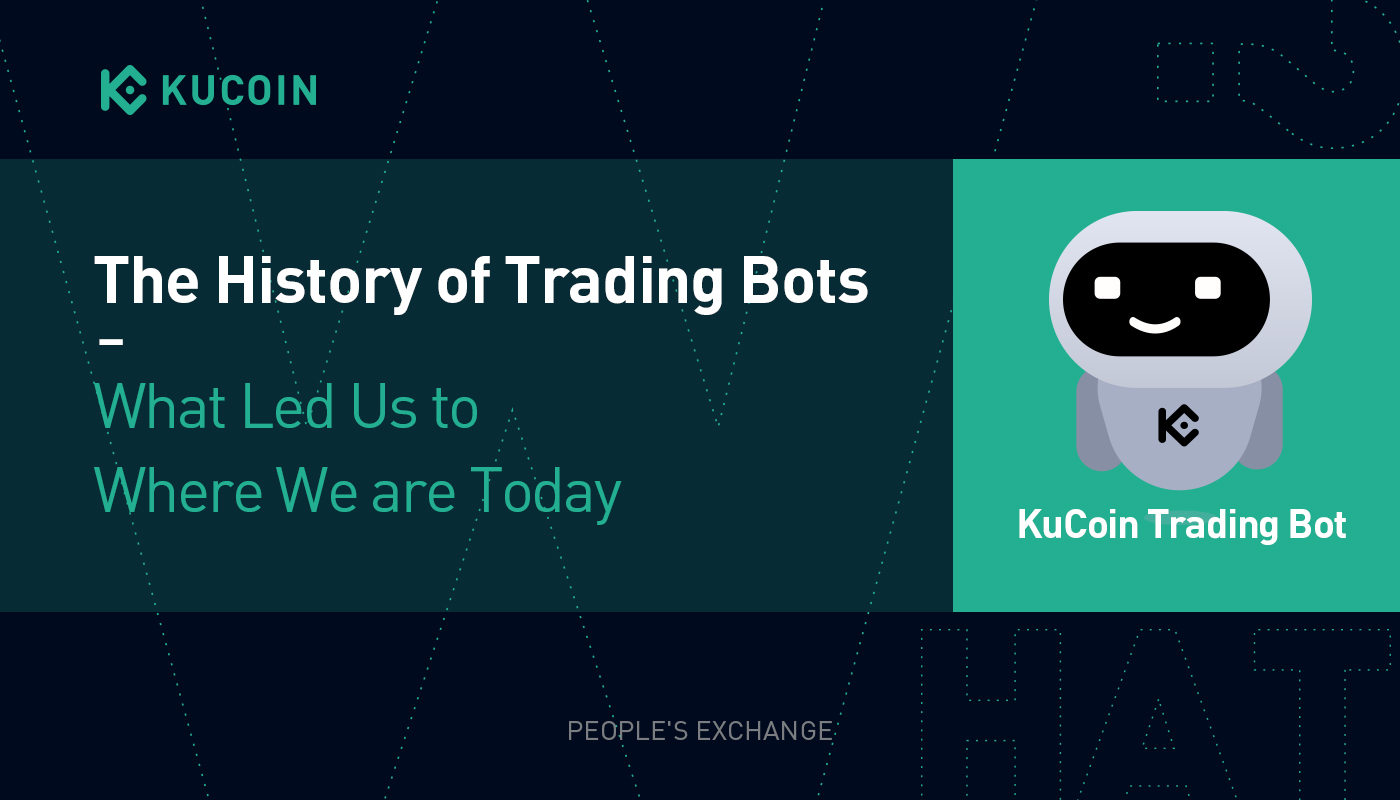 Trading various assets, be they stocks, commodities, derivatives, cryptocurrencies, or really anything else, has never been easier or more popular. With trading made simple to access over the internet, with lower entry barriers, and high profitability - more people than ever want to try out trading and investing.

Trading bots are being used left and right for the purposes of automated trading, but to a lot of people, even mentioning these bots seems to be a red flag. They seem to be under the impression that trading bots are a scam, or a new invention to trick people into wasting their money. However, in reality, nothing could be further from the truth. In fact, trading bots have quite a history, and they traveled a long way to become what they are today.

The History of Trading

People have been into trading for as long as the human race existed. In fact, trading outdates even money itself. Before they came up with the concept of money, people have been trading goods - meat, fruit, vegetables, various other animal produce, and more. With the invention of money, trading had taken an evolutionary step forward, where you could buy the exact amount of what you needed.

With the discovery of noble metals, oils, and other commodities, we started trading those as well, and our money - or, more accurately, currency - evolved from rocks and shells to coins, and later to paper money, digital money, and even cryptocurrencies today. While it sounds like everything happened very easily and quickly, in reality, the evolution of money took thousands of years.

The Three Stages of Trading

Speaking of more recent trading history, we originally came up with markets where traders and market makers would interact directly. They had to agree on security, quantity, price, and other details, and settle the transactions on paper. This was mostly only available to various companies, financial institutions, and their representatives, which originally only needed a clear, loud voice and a good, strong build. This was the original, first stage of trading which we could call manual trading.

But, it was slow, inefficient, and a lot of people wanted something better, more advanced - a system that would take care of all the repetitive parts. This manual trading was not practical enough, which is why people came up with quantitative trading, also known as quant trading.

Quant trading started to emerge only a few decades ago, as markets started going digital, and their reach expanded to global proportions. It eliminated the need for loud voice traders and opened a way for computer-savvy traders, who got access to trading data, new assets, and an entirely new world of opportunities. These were still traders working for companies - be they small, mid-sized, or large - with decent salaries. However, they needed to have experience with using computers, knowledge of at least one programming language, familiarity with data feeds and data usage, risk management, traders’ temperament, an innovative mindset, familiarity with creating and customizing trading systems, and more.

Obviously, there were quite a few requirements, but the thing is that they started developing systems that would take over the boring, repetitive parts of trading, and make it semi-autonomous. In a way, these systems could be considered the predecessors of trading bots as we know them today.

The Arrival of the Actual Trading Bots

The third and final stage are trading bots themselves, which are the mature and modern representation of the concept of automated trading systems. Originally, the concept was introduced in 1949, meaning that they have been in development for over 70 years now. Of course, this first idea was nothing more than a set of rules for buying and selling funds, and it took over 30 years for rule-based trading to become popular with some famous traders who also started creating trading strategies.

Quant traders added the technology into the narrative in the ‘90s, and before long, financial managers and brokers started using the early form of Automated Trading Systems - software based on the algorithm, which were used to manage clients’ portfolios, at first, and then to access the markets without supervision, for the first time, in 2008.

This was a revolutionary move that soon started seeing the launch of modern-day trading bots around the world. Today, 13 years later, there are trading bots all over the industry, with the KuCoin Trading Bot being one of the most advanced and most recent ones, given that it only launched a few months ago, in January 2021.

However, this bot has already proven its worth to countless traders who gave it a chance. Even so, it is worth remembering that this is not just a piece of software that popped up earlier this year. It is the latest installment in a long history of automated trading systems, which serves as a tool in a much, much longer history of trading, which is pretty much as old as the human society itself.