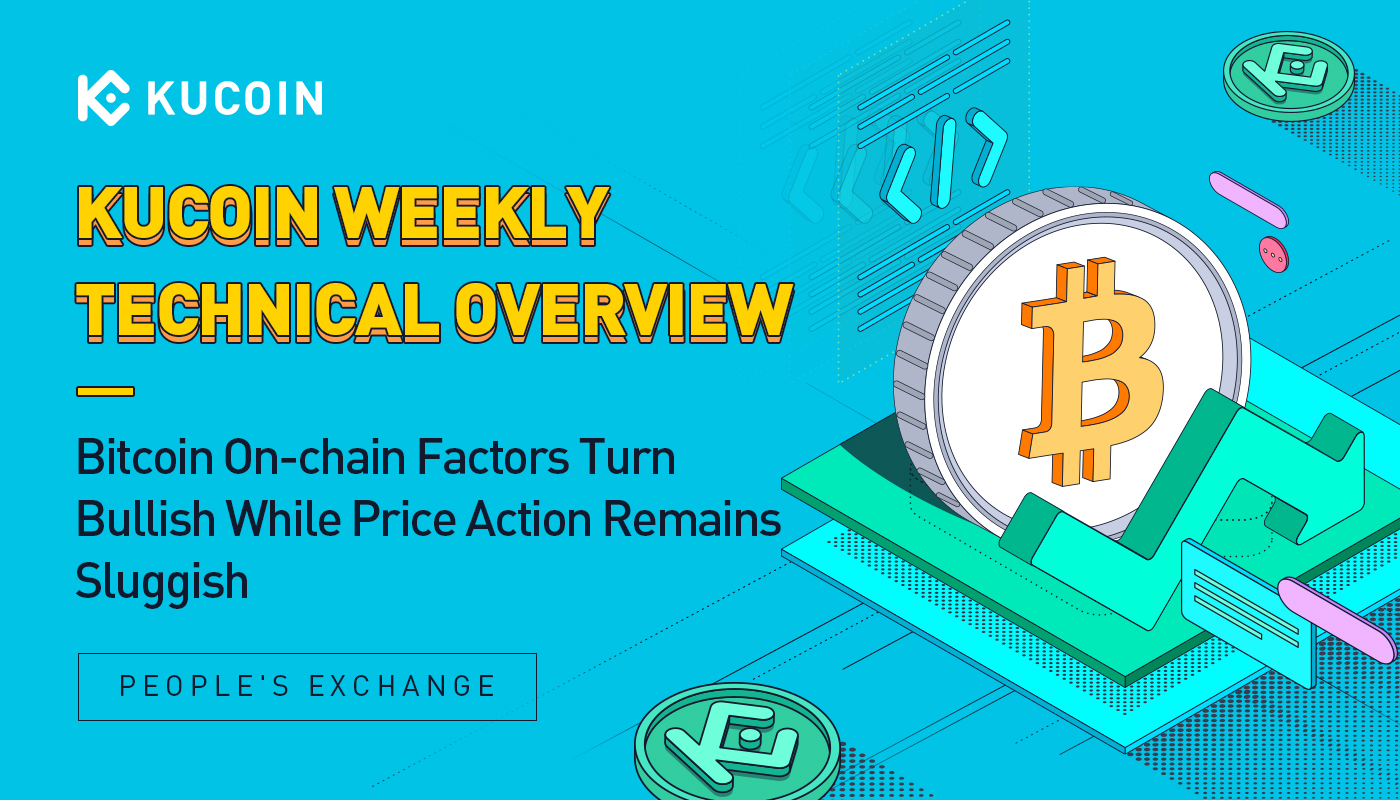 The world’s largest cryptocurrency has gone into a narrower range relative to the previous week. The same holds true with the entire crypto market. Bitcoin went into its usual consolidation phase, which has been in play for the last 14 days after taking a massive dip from the highs of $60,000. The long-term transaction volume has more or less remained the same. Volatility on the other hand has taken a hit.

Since the second week of December, the price of BTC has been in a descending channel between +/- 15% for the entire period. To compare, Ethereum is also following the same volatility pattern but is standing at a much higher level in its price action.

Crypto use in Latin America, particularly in Colombia, has skyrocketed through 2021. Surveys indicate that Bitcoin has been one of Colombia's key cryptos for virtual business as we approach the end of the year.

With the second anniversary of Covid-19, the crypto market has seen a minor increase in adoption in South America. However, many individuals trust the tokens and the decentralized market's financial potential.

Colombia has been fairly accommodating from the start in terms of token constraints, allowing for widespread adoption across institutions. According to reports, certain Colombian banks involve the usage of cryptocurrency but want to control its trading in order to protect cryptocurrency investors.

Bitcoin's price recently plummeted to roughly $41,000 on the spot market due to the unfavorable news. Many options traders sold Calls and purchased Puts to hedge for near-term expirations in the previous 2 days in the options market.

There is now a discrepancy between market action and the trend of All Exchange Reserves. From the standpoint of an on-chain analyst, this is perhaps the most bullish point.

Unlike the previous market crash in the second quarter of 2021, the monthly net position change reveals that a considerable amount of BTC has been removed from the market following the current decline from $65,000 to $47,000. The conclusion is that while there is a liquidity crunch, the supply/demand dilemma will be solved when fresh capital enters the market from new investors.

Looking at the measure recently, with the price breaching below Short-Term Holders' cost basis, their cost basis is declining, and the metric is scarcely growing.

As some recent market players buckle and take on-chain losses, this is happening. Once the price has recaptured Short-Term Holders' cost basis or the maturing in of tokens into the Long-Term Holder group causes their individual cost basis to climb versus that of Short-Term Holders, a downturn will restart.

There is no doubt that the Bitcoin market has taken a turn from a strong uptrend to a downtrend from a Daily perspective.

The major crash in May allowed the institutions to accumulate BTC at prices as low as $30,000. As a result of it, they bounced off from the lows to transit into an uptrend. And this uptrend took the prices from $30,000 all the way up to the recent highs above $60,000. Although the historical high was breached, the market failed to continue in the same trajectory. In other words, the bears showed up at the resistance levels, bringing the prices for a retracement from the highs.

As analysts were anticipating the retracement of around $60,000 to be a sustainable support level, the market seemed to have other plans. In essence, the demand levels at the highs were broken by the sellers, allowing them to take charge of the market.

As a consequence of the sellers snatching dominance from the sellers, a downtrend came into play, with the prices getting lower lows and lower highs.

From the highs down to the current levels, the bears have managed to drive the prices south by a whopping 30% in 30 trading days.

Speaking of the current trend, the downtrend seems to have gotten stronger with the current push of the seller being firmer than the previous. Although the market recovered from $41,000 to $49,000 quite aggressively, it still does not show the presence of the buyers, as the prices successfully held below the recent Support Resistance level at $53,000. 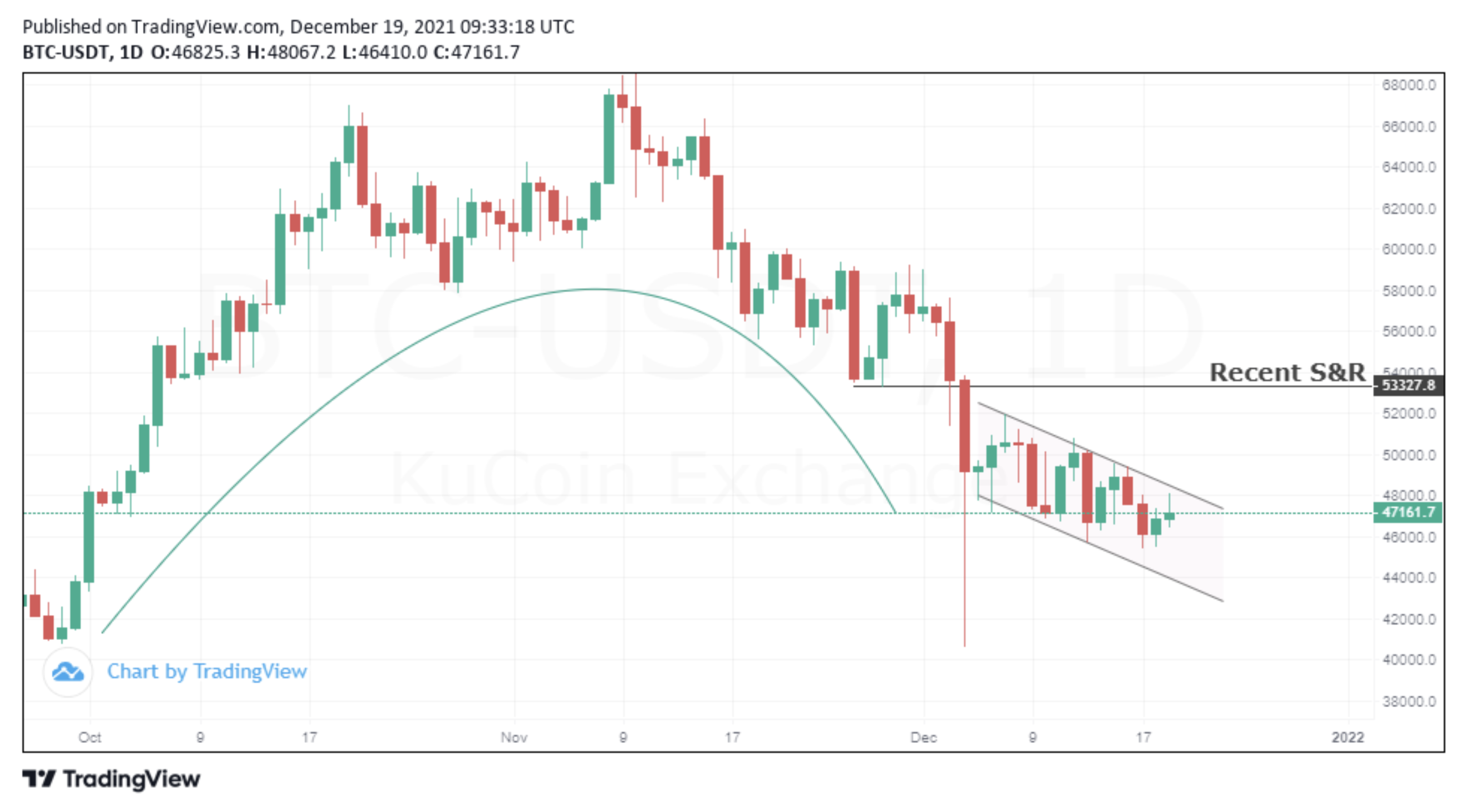 Currently, the market is in the consolidation phase of the downtrend, which is moving in the form of a descending channel, as indicated earlier.

Going by the typical price action nature, there is a possibility of the market to take another dip to touch its recent lows. However, there is also a subsequent possibility for the buyers to step up from these lows.